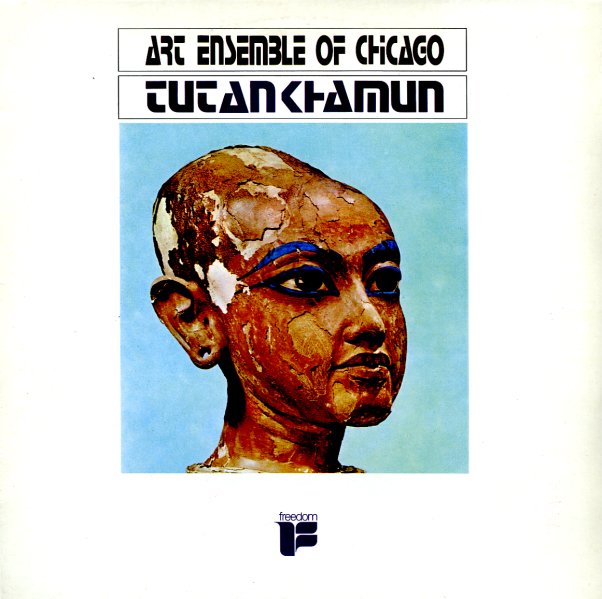 Fantastic material from the Art Ensemble Of Chicago – tracks recorded during their same crucial Paris trip of 1969 that also gave the world the better-known BYG/Actual albums – but delivered in a style that's slightly different overall! There's maybe more of the cerebral side of the group at play here – that great love of small shifts, textures, and instrumental interplay – similar, maybe, to their People Of Sorrow album at times – but with a lot more force, especially in the freer moments. In addition to bass, Malachi Favors plays electric bass, sitar, and banjo – all worth the price of admission alone – and Lester Bowie plays trumpet, flugelhorn, and other instruments, while Roscoe Mitchell and Joseph Jarman handle a variety of reeds and percussion. Titles include "Tutankhamun", "The Ninth Room" and "Tthinitthedalen".  © 1996-2021, Dusty Groove, Inc.
(Transparent blue vinyl pressing – indie store exclusive!)