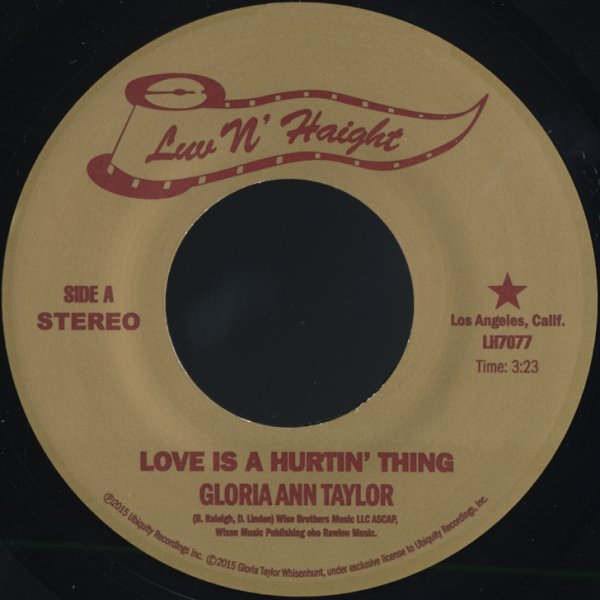 Some mighty fierce, almost freaky guitar starts out this rare gem from Gloria Ann Taylor – before these weirdly exotic strings come in and warm things up, then set a course for Taylor's vocals to follow! Guitar returns strongly for this nice trippy solo in the middle – and really makes the track something unique! "Brother Less Than A Man" has a nicely righteous vibe – congas with the rhythms, and this gospelly lead from Gloria right at the start – before soaring into the fierce, powerful groove of the cut – which almost feels like one of Archie Shepp's more spiritual experiments from the early 70s – but with heavy guitar instead of tenor!  © 1996-2021, Dusty Groove, Inc.
(Red vinyl pressing!)

Stay Don't Go (vocal, inst)
Ubiquity, 2020. New Copy
7-inch...$4.99 9.98
New work from legendary Cali soul singer Mike James Kirkland – working here with some nice lean backing from Cold Diamond & Mink – who keep things as laidback and funky as on his classic records from the 70s! Mike's voice has aged a bit as the decades have gone on – but he's ... 7-inch, Vinyl record