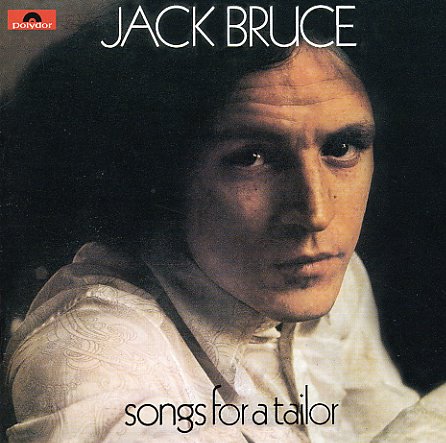 A wild batch of jazz rock tunes – recorded by ex-Cream bassist Jack Bruce, along with a host of like-minded luminaries that include Chris Spedding, Harry Beckett, Dick Heckstall-Smith, and John Hisemann. Unlike Bruce's first solo album – Things We Like – which was an all-jazz outing, this album features Bruce singing as well, and an overall approach that has more of a rock-based song structure – yet still many of the expansive styles embraced by the Brit jazz rock generation of the time. Titles include "Rope Ladder To The Moon", "Theme For An Imaginary Western", "Tickets To Water Falls", and "The Clearout".  © 1996-2022, Dusty Groove, Inc.
(Yellow label Atco pressing. Cover has light ring wear, tiny cutout hole.)