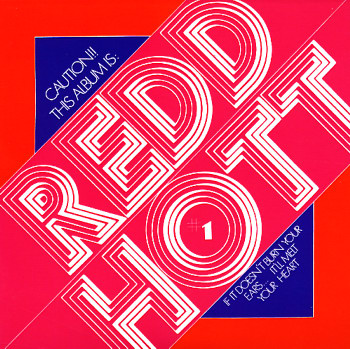 A lost little boogie set from the early 80s – produced by sweet soul maestro George Kerr, but with a groove that's quite different than most of his famous work from the 70s! Redd Hott have plenty of bass at the bottom of their groove here – stepping along with a funky little sound, but one that's still got plenty of smooth touches, and a nice tight focus for the dancefloor. The album's also got a few mellower cuts that are surprisingly nice – almost more deeply soulful than the bulk of the group's work, and a nice way to round out the album with a bit more emotional depth! Titles include "Remember", "Flashin At You", "Ecstasy", "Coming Out To Get You", "Love Is For Keeps", and "You For Me".  © 1996-2021, Dusty Groove, Inc.
(Out of print, includes obi!)

Soulful Proclamation (Japanese paper sleeve edition)
P-Vine (Japan), Late 70s. Used
CD...$28.99
Ultra-hip funk from Oklahoma's Messengers Incorporated – a group who come across with a sound that's every bit as righteous and heavy as you might guess from the cover! Instrumentation is heavy on bass, guitar, and organ – and topped with some great saxophone work too – all in a ... CD