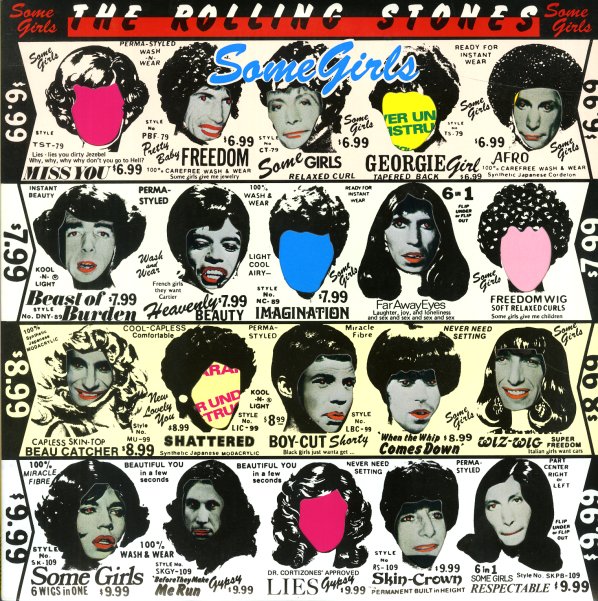 Way more than the disco cash-in some folks thought at the time – and a surprisingly classic set that perfectly sums up the late 70s Stones ethos – and, in a way, the vibe of a changing New York! Titles include "Miss You", "Beast Of Burden", "Shattered", "Imagination", "Lies", "Far Away Eyes" and "When The Whip Comes Down".  © 1996-2023, Dusty Groove, Inc.
(US pressing with Sterling stamp, in the die-cut cover with amended inner sleeve.)

Goats Head Soup
Rolling Stones, 1973. Very Good+
LP...$19.99
A sometimes-overlooked classic from the Rolling Stones – but that's maybe just because it's sometimes obscured in the shadow of Exile On Main Street, the record that immediately preceded it! And while it might be a stretch to some, we like to think of Goat's head as kind of a capper to that ... LP, Vinyl record album