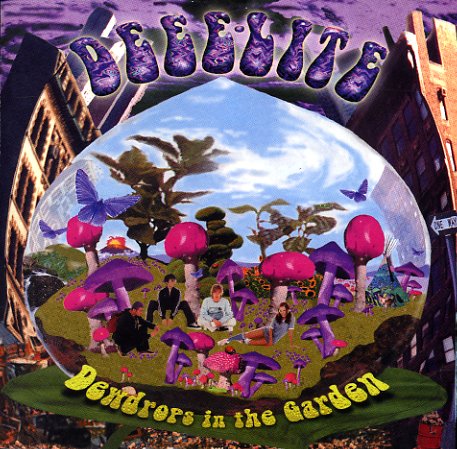 Not the famous debut album from Deee-Lite, but a killer set of grooves that has the trio very much at the height of their powers! So many folks remember these guys as a bigger pop act, they tend to forget how much they brought back to dance music – a real embrace of warmer elements from the past, served up in samples and set to rhythms that were often more funk-based than a lot of the stark, stiff, house-inspired beats of the time! Lady Kier is completely charming in the lead – and the group get lots of help on production from Louie Vega and Kenny Dope, who really add in a Masters At Work level of soul. Titles include "River Of Freedom", "Bittersweet Loving", "What Is This Music", "Picnic In The Summertime", "call Me", "Stay In Bed Forget The Rest", "Music Selector Is The Soul Reflector", and "Sampladelic".  © 1996-2021, Dusty Groove, Inc.

Breakin' Bread (deluxe version – with bonus poster)
People/Get On Down, 1974. New Copy (reissue)
LP...$15.99 24.98 (LP...$9.99)
An oft-overlooked gem from the JBs – their last album for People Records, and a stone funk classic that's every bit as essential as the others! The band is still in fine fine form – with none of the fast-funk or proto-disco of some later recordings – and they're working here in ... LP, Vinyl record album

Hustle With Speed
People/Get On Down, 1975. New Copy (reissue)
LP...$15.99 19.98 (LP...$39.99)
One of the most fantastic albums by the JBs – a masterpiece of funky jamming, tight instrumentation, and that free yet tight style of the James Brown 70s years! The tracks are longer than on some of the earlier singles – especially the 8 minute jammer "(It's Not The Express) It's ... LP, Vinyl record album

Janet Jackson's Rhythm Nation 1814
A&M, 1989. New Copy 2LP Gatefold (reissue)
LP...$22.99 24.99
A crowning moment in New Jack Swing – or New Jill Swing, as it were – a perfect step forward for Janet Jackson, as she continues to work with the duo of Jimmy Jam and Terry Lewis, with a vibe that was setting the scene for the rest of mainstream soul at the time! The album's got a ... LP, Vinyl record album