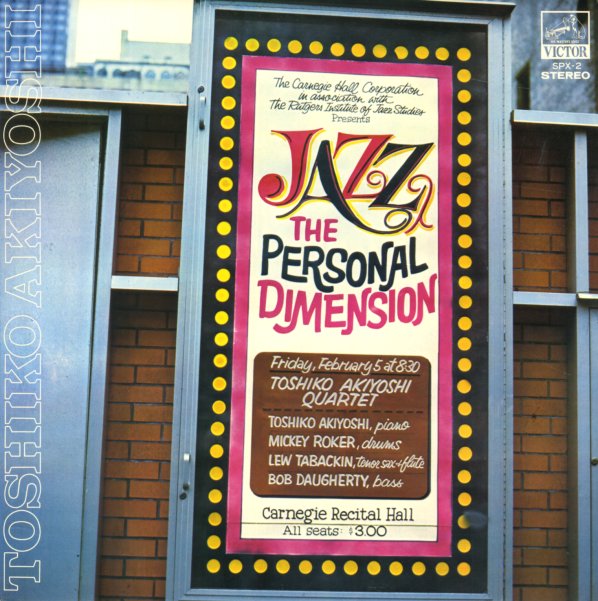 A fantastic small group set – recorded in the US, with Lew Tabackin on tenor and flute, Bob Daugherty on bass, and Mickey Roker on drums! All tracks are long – and titles include the Toshiko originals "The Village" and "State Of Being" – plus "The Sea In The Spring Time" and "Lover Man".  © 1996-2020, Dusty Groove, Inc.
(Heavy gatefold pressing!)

First Encounter
Victor (Japan), 1971. Near Mint-
LP...$24.99
Far-reaching and incredibly soulful work from Mal Waldron and Gary Peacock! Both players are at the height of their powers here, and have a warmth and sense of interplay that makes the session one of the best they did alone or together during the time. The group's a trio, with Hiroshi Murakami ... LP, Vinyl record album

First Encounter
Victor (Japan), 1971. Near Mint-
LP...$24.99
Far-reaching and incredibly soulful work from Mal Waldron and Gary Peacock! Both players are at the height of their powers here, and have a warmth and sense of interplay that makes the session one of the best they did alone or together during the time. The group's a trio, with Hiroshi Murakami ... LP, Vinyl record album

Richard Pine Live At Ballantine's
Victor (Japan), 1979. Near Mint-
LP...$24.99
A live date – one that features Richard Pine on alto and baritone, working with a Japanese group in Tokyo – Kenichi Yoshida on piano, Yukinori Narushige on bass, and Tadao Shimada on drums – plus vocals from Junko Mine on one track. LP, Vinyl record album