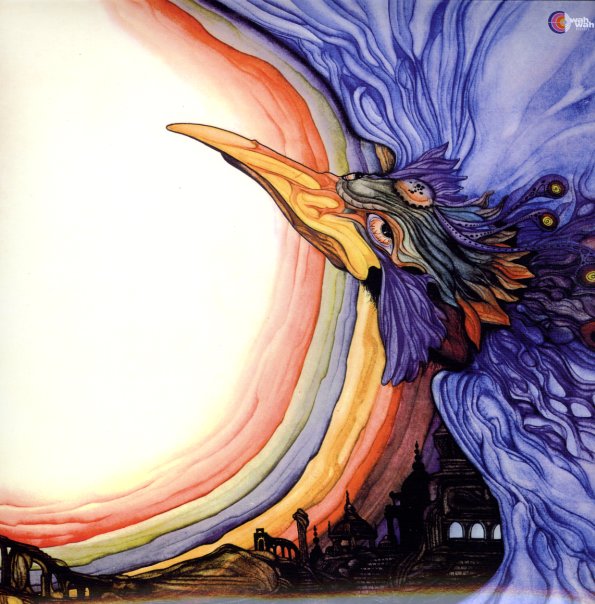 A nice blend of scaled down acoustic folk psychedelia and most tripped out bits with flute, organ and hand percussion from Dutch singer & guitar player Ton Vlasman – his rare White Room With Disintegrating Walls from the dawn of the 70s! A couple of the vocal and acoustic guitar centered tunes have a Dylan-esque feel, but in a more spaced out, strange realm – and overall the tunes have some spare, darkness tinged atmosphere. Vlasman composed most of it, and a lot of it is instrumental, but it includes a wild cover of the Velvet Underground's "Pale Blue Eyes", plus "To Sell", "Fight With A Circular Course", "Story Of Too Many Prisoners", "The End", "Walking In A Country Lane" and more.  © 1996-2022, Dusty Groove, Inc.
(Limited Spanish reissue on Wah Wah. Includes the insert.)

Talking Heads 77
Sire, 1977. Near Mint-
LP...$39.99
The mindblowing first album by The Talking Heads – a bold statement by a very young band who'd go on to shape the sounds of the left field for generations to come! The sound is spare and very focused – maybe the first layer that David Byrne would then build up when adding more ... LP, Vinyl record album

Meaty Beaty Big & Bouncy
Decca, 1971. Very Good Gatefold
LP...$7.99
A classic greatest hits package from The Who – one that had almost as much life as any of their major full length albums, and a set that served to re-introduce new audiences to the group after the success of Tommy and Who's Next! Most of the tracks here predate those albums – pulled ... LP, Vinyl record album

River
Columbia, 1980. Near Mint- 2LP
LP...$13.99
Prime classic Springsteen double album, circa 1980! The River finds Bruce a few years removed from the massive breakthrough that was Born To Run, and seemingly starting to let go of the darker tone of Darkness On The Edge Of Town, though still with some shadows of it. Definitely a creative high ... LP, Vinyl record album

3
Columbia, 1970. Near Mint- Gatefold
LP...$6.99
Blood Sweat & Tears are really stretching out here – working their already-famous magic through a range of great tunes, both originals and covers – and coming up with some great longer-form expressions of their sound in the process! David Clayton-Thomas is firmly in the lead on ... LP, Vinyl record album