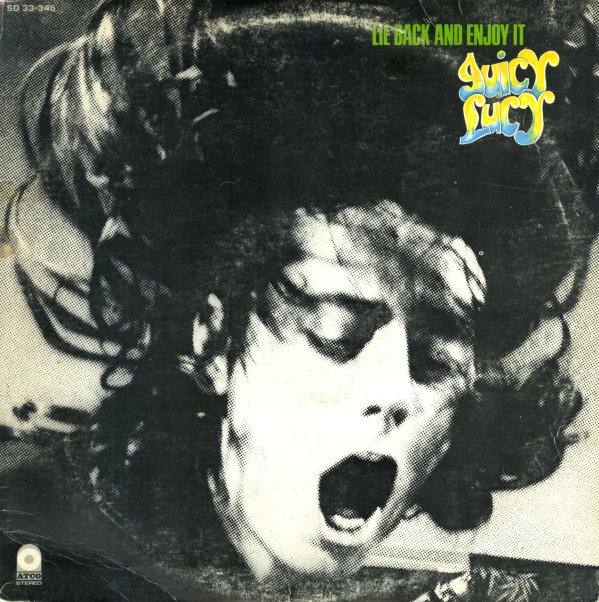 Hard and heavy work from Juicy Lucy – a group who are even stronger here on this second set than on their debut – effortlessly spinning out lines that are very much in the best hard rock modes of the period, but which also retain some nice bluesy influences as well! The group's a sextet – and in addition to some very unique vocals from singer Paul Williams, who also plays piano and congas, the set also has some surprisingly nice use of steel guitar and mandolin, but never in ways that sound like the instruments might in the handling of some of the Cali crowd at the time. Lead guitar is from Mick Moody, sax and keyboard lines are from Chris Mercer, and titles include "Pretty Woman", "Built For Comfort", "Whisky In My Jar", "Hello LA Bye Bye Birmingham", "Thinking Of My Life", and "Willie The Pimp".  © 1996-2023, Dusty Groove, Inc.
(Recent French Long Hair reissue in a gatefold cover. Shrinkwrap has a small hole in the top right corner.)