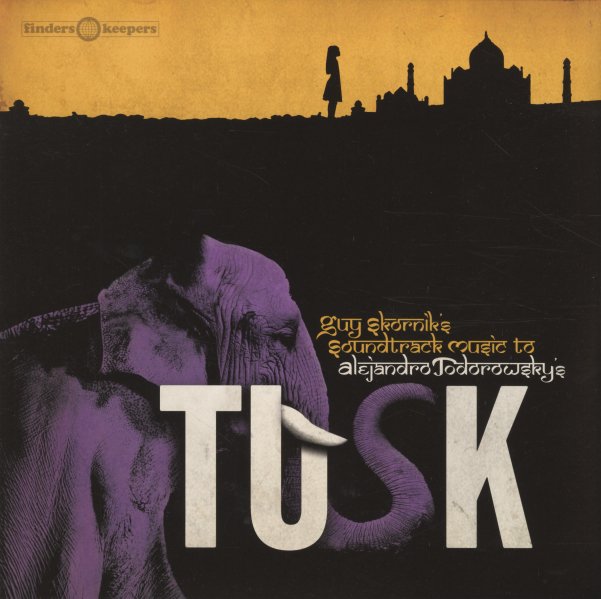 Really beautiful electronics from the enigmatic Guy Skornik – an artist that we mostly know for his quirky concept record Pour Pauwels, but who sounds here like some of the best electronicians of the German scene of the 70s! All tracks are long and spun out – electronic, but with acoustic elements in the mix – maybe in a mode that's similar to the 70s soundtrack creations of Popol Vuh, Tangerine Dream, or Vangelis – but darker, too – most likely because the music was composed for an obscure film by Alexander Jodorowsky! Yet the music here hardly needs images on a screen – as Skornik's created these wonderfully evocative passages, created with some help from Steve Hillage and members of Cossi Anatz. Titles include "Elise & Tusk Reunited", "Poo Lorn 1", "Elise Liberates Tusk", "Poo Lorn 2", "Goodnight Ram Baba", "Elise On The Run", and "Crossing The River".  © 1996-2021, Dusty Groove, Inc.