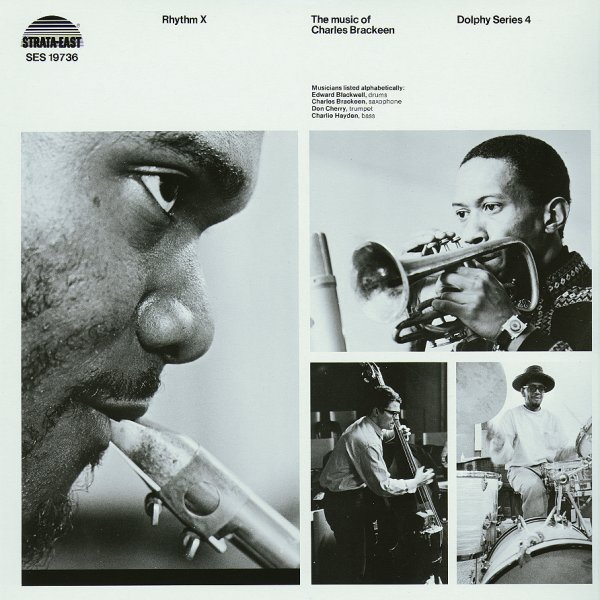 The only album ever cut as a leader by tenor saxophonist Charles Brackeen during his early years – and a real standout in the catalog of the legendary Strata East label! The set's got an unusual history – in that it's part of the Dolphy Series, recorded before the label started by Clifford Jordan – as a way of giving a strong showcase to so many new ideas that were bursting in jazz during the late 60s! Here, Brackeen's tenor is set up with a trio of musicians most familiarly associated with Ornette Coleman – Don Cherry on trumpet, Charlie Haden on bass, and Ed Blackwell on drums – a unit that's completely on fire, and freer than before – yet each graced with such strong individuality, every aspect of the record is a complete delight. Brackeen is amazing (why the hell didn't he record more like this at the time?) – but the bass, trumpet, and drums are all very distinct too – the perfect power of free improvisation when it's done right. Titles include "Rhythm X", "Hour Glass", "CB Blues", and "Charles Concept".  © 1996-2023, Dusty Groove, Inc.
(Limited edition 180 gram pressing!)