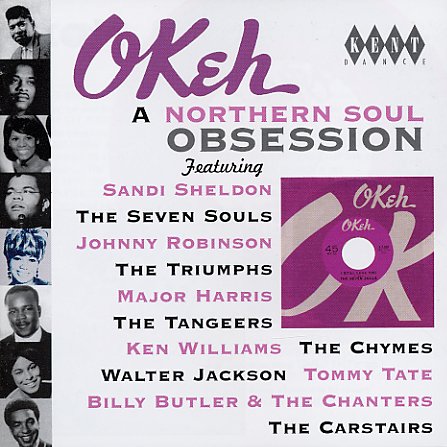 A definite obsession for fans of Northern Soul in the 60s – the mighty Okeh label, an imprint of Columbia Records that was reactivated for a few key years, to become a hotbed of Chicago soul! Okeh's efforts were often headed by legendary producer Carl Davis – who had an amazing ear not just for important new artists, but also for finding ways to change up the groove in the hippest way possible – often with some of the more sophisticated touches that represent just how special Chicago soul was at the time, in ways that are very different even from nearby Detroit! Some Okeh artists scored big, but the label also recorded many more who never hit the charts – but who turned out some incredible singles that are still the gold standard for collectors. Lots of that work is featured here – in a great package that's overflowing with rare tracks, presented with detailed notes as well. Titles on this first volume include "You're Gonna Make Me love You" by Sandi Shelton, "I'm Coming To Your Rescue" by the Triumphs, "I Still Love You" by the Seven Souls, "Bring It Back Home" by the Chymes, "Somebody's Always Trying" by Ted Taylor, "You Don't Want Me No More" by Major Lance, "This Heart Of Mine" by The Artistics, "So Glad Your Love Don't Change" by The Little Foxes, "He Who Picks A Rose" by The Carstairs, "I'm So Afraid" by The Opals, "A Quitter Never Wins" by Larry Williams & Johnny Watson, and "I Can Do It" by the Autographs.  © 1996-2023, Dusty Groove, Inc.