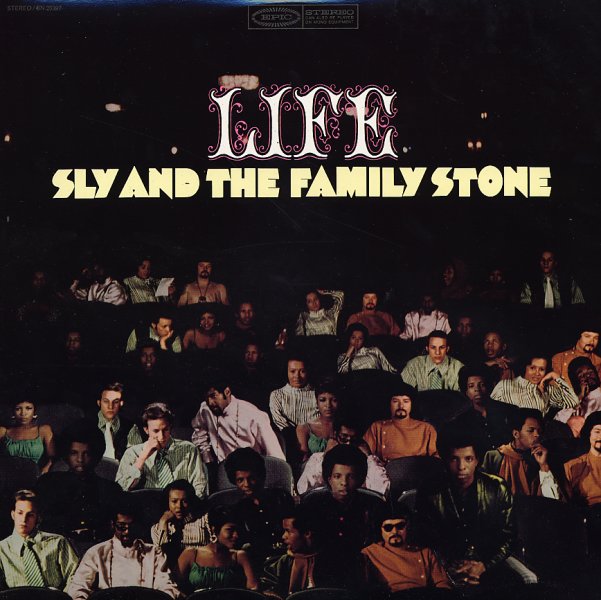 Killer work from Sly & The Family Stone – hard-grooving, fast-funking, and really setting the scene for countless groups to come! The album's a messed-up funky party, with plenty of short little tracks that have a mix of funk, soul, and rock – perfect for the crossover crowd from whence Sly sprang, and who would become his biggest supporters into the 70s. And almost best of all, there's hardly any hits here – just tight little numbers that are as fresh today as they were back at the end of the 60s – all the kind of righteous funk the group could do better than anybody else! Titles include "Fun", "Plastic Jim", "Dynamite!", "Chicken", "Into My Own Thing", "Life", "Love City", "I'm An Animal", and the seminal "Jane Is A Groupee".  © 1996-2021, Dusty Groove, Inc.
(On gold colored vinyl!)