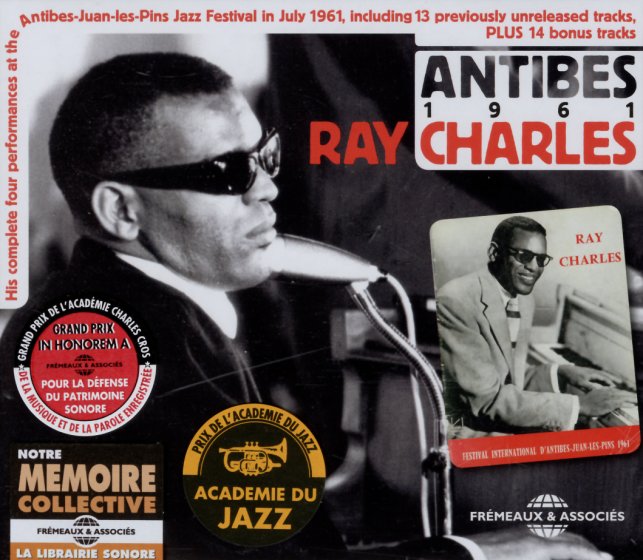 A fantastic vintage performance from the legendary Ray Charles – his first concert outside the US, spread out over four different nights at the Antibes Festival in France in 1961! This package brings together the full performance for the first time ever – not only including material from all four nights that Ray played the festival, but also bonus tracks that feature Charles on piano with other singers too. The tunes are a nice mix of the jazzier style of the last few Atlantic albums, with some of the more familiar R&B of Ray's 50s singles – and titles include "Lil Darlin", "The Story", "Georgia On My Mind", "What'd I Say", "My Bonnie", "One Mint Julep", "Hornful Soul", "Let The Good Times Roll", "Tell The Truth", "I Wonder", and "With You On My Mind". Bonus tracks feature material with Lula Reed, Joe Turner, Tommy Ridgely, and Guitar Slim – and the 4CD set features 61 tracks in all.  © 1996-2021, Dusty Groove, Inc.