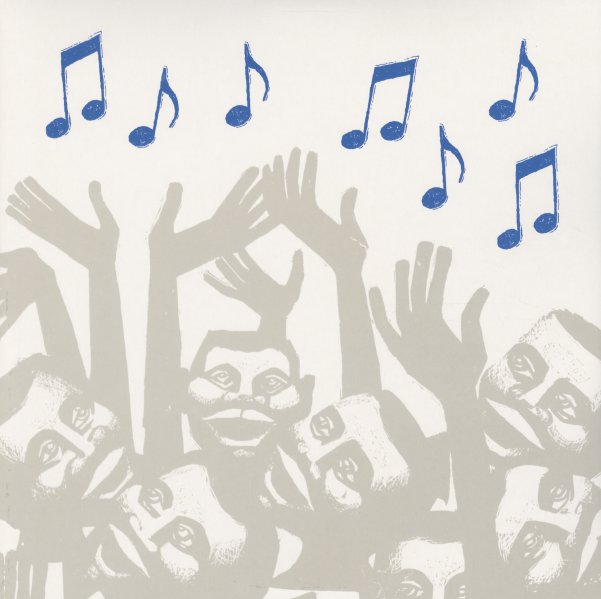 A great look at a sometimes-forgotten side of the legendary Blue Note Records label – the company's strong wave of spiritual jazz material recorded during the 60s and early 70s – extremely fine music that's often eclipsed next to the company's better-known hardbop and funky jazz! As the 60s moved on, Blue Note became an even more open-minded label than before – and not only gave some of its key players the chance to stretch out and really spread their wings – but also brought some younger talents into the mix, who really expanded the vision of the Blue Note sound. Some of the tracks here are from the middle of the decade – and reflect more of the growing interest in modal jazz spurred on by Coltrane, Miles Davis, and others – while some of the later tracks are surprisingly righteous, sometimes political moments from players who would have sounded very different just a few years before. The package is done with the same amazing care and fantastic set list as previous Spiritual Jazz collections from Jazzman – and titles on this first volume include "Verse" by Bobby Hutcherson, "Footprints" by Wayne Shorter, "At This Point In Time" by Elvin Jones, "The Rain" by Eddie Gale, "Poinsettia" by Andrew Hill, "Searchin The Trane" by Bobby Hutcherson, "The Phantom" by Duke Pearson, and "Assunta" by Freddie Hubbard.  © 1996-2021, Dusty Groove, Inc.

Spiritual Jazz Vol 13 – Now Part 2 – Modern Sounds For The 21st Century (with bonus download)
Jazzman (UK), 2020. New Copy 2LP Gatefold
LP...$28.99 (CD)
A tremendous entry in this wonderful series – a set that proudly proclaims its contents with the "NOW" on the cover! Back when the Spiritual Jazz series first started on the Jazzman label, the music was mostly relegated to material of the John Coltrane generation and the generation ... LP, Vinyl record album

Spiritual Jazz Vol 13 – Now Part 1 – Modern Sounds For The 21st Century (with bonus download)
Jazzman (UK), 2020. New Copy 2LP Gatefold
LP...$28.99 (CD)
A tremendous entry in this wonderful series – a set that proudly proclaims its contents with the "NOW" on the cover! Back when the Spiritual Jazz series first started on the Jazzman label, the music was mostly relegated to material of the John Coltrane generation and the generation ... LP, Vinyl record album

Deutsche Elektronische Musik 4 – Experimental German Rock & Electronic Music 1971 to 1983 (3LP set – with bonus download)
Soul Jazz (UK), 1970s/Early 80s. New Copy 3LP
LP...$32.99 36.99
A really fantastic compilation – and one that will take your collection of German electronic music far past the familiar territory of Kraftwerk and Tangerine Dream! This series has always been great, but it also seems like the longer it goes, the deeper it digs – which is definitely ... LP, Vinyl record album