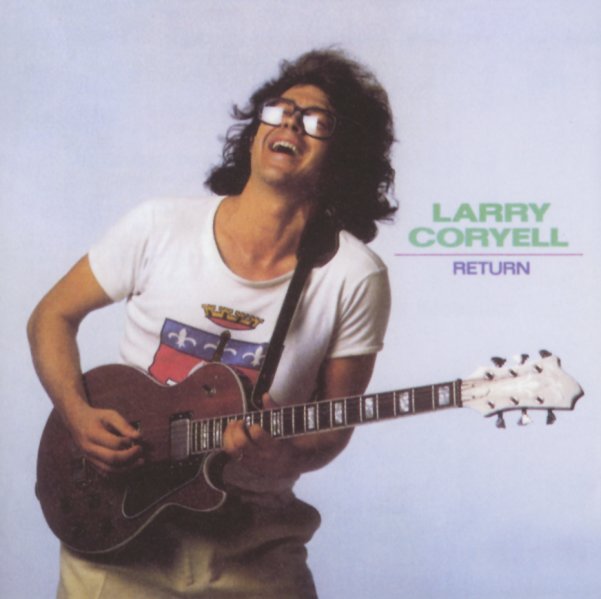 A great entry in the ever-diverse catalog of guitarist Larry Coryell in the 70s – a set that has him both returning to Vanguard Records, and to more electric modes than on a few previous records – and also working with the sons of Dave Brubeck in a nicely tight mode! The album's maybe a bit more of a conventional jazz outing than Coryell at the start of the decade – given the Darius, Chris, and Dan Brubeck play acoustic piano, bass, and drums, respectively – but Larry's always changing up the rhythms and tones in these really great ways, and getting some nice inspiration from the percussion of Ray Mantilla, who's also in the group. Titles include "Mediterranean Sundance Entre Dos Aguas", "Sweet Shuffle", "Return", "Rue Gregoire Du Tour", and "Three Mile Island".  © 1996-2020, Dusty Groove, Inc.

Real Great Escape
Vanguard/Wounded Bird, 1973. New Copy
CD...$6.99 14.99 (CD...$11.99)
Larry Coryell tries out his vocal chops a bit on this album with his classic group from the early 70s – but the main "voice" on the record is still his wonderfully tight guitar – which has a beautifully sharp sound throughout! When Coryell sings, he almost seems to be doing ... CD