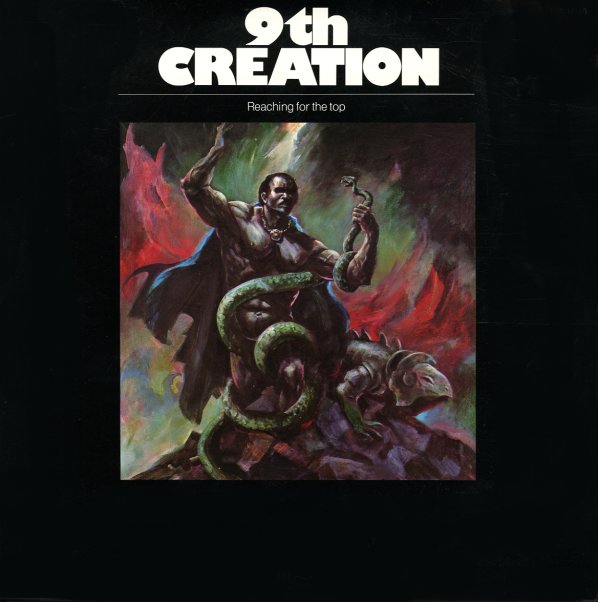 Reaching For The Top

9th Creation
Prelude
Prelude (label)
Past Due
Past Due (label)
Soul (CD, LP)

Damn funky work from 9th Creation – a group who recorded this set for the mostly-disco Prelude label, but who still serve up the same heavy sound as their earlier work! There's a tightness here that few other groups can touch – that special magic that you can hear when a larger funk ensemble somehow manages to groove with the sharpness of a quartet – but with this fuller sound that really infuses the songs with a fantastic current of soul! The set's got a few mellower moments mixed in with the groovers – the sort of balance that only Earth Wind & Fire might have gotten this right – and there's also maybe a bit more of a spiritual vibe to some of the lyrics, in a mighty nice way. Titles include "Come Back Home", "He's Coming", "A Good Time", "The Time Has Come", "Reaching For The Top", and "It Ain't Right".  © 1996-2022, Dusty Groove, Inc.