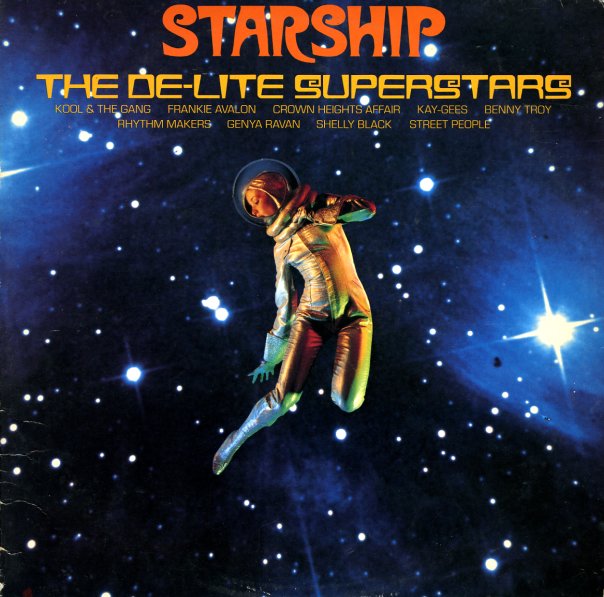 Ladies' Night
De-Lite, 1979. Very Good-
LP...$6.99
A shameless dancefloor cash-in move – but a record that's still pretty darn great as well! You all know the big title cut "Ladies Night", so we won't bother to describe it – but we can say that the group wisely hooked up with Deodato, who produced, mixed, and even played ... LP, Vinyl record album

As One
De-Lite, 1982. Very Good+
LP...$7.99
Solid 80s grooving from Kool & The Gang – a group who inspired so many others in the early 80s soul generation, but who could still do it better than most of the rest! The style here is tight and smooth, but never too slick – and Deodato's giving the group some really great ... LP, Vinyl record album

Roller Disco
De-Lite, 1979. Near Mint-
LP...$19.99
Were there ever two words that improved the qualities of each other than "roller" and "disco"? We think not – and this album's more than proof of that! Most of this set is more straight disco than the "roller" version implied by the title – but a few of ... LP, Vinyl record album