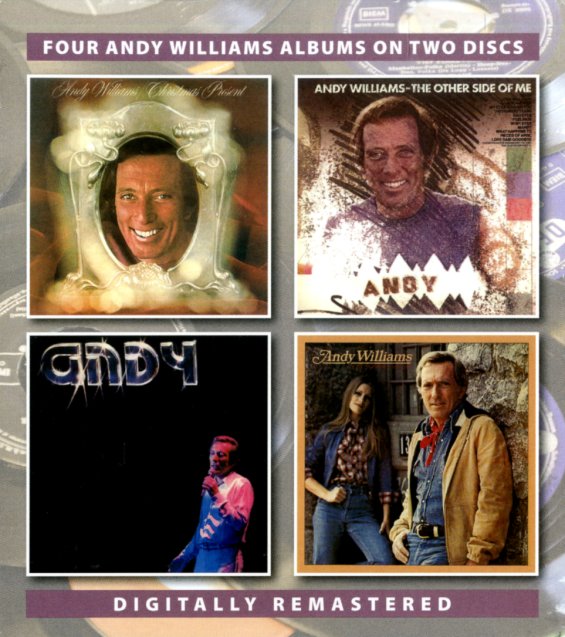 Emperor Of Easy – Lost Columbia Masters 1962 to 1972
Columbia/Real Gone, 1960s/Early 70s. Used
CD...$12.99 (CD...$17.99)
The title definitely gets it right – as Andy Williams was maybe the king of the easy listening vocal scene at the end of the 60s – a singer with a smooth style that was equally popular on record as it was on the TV screen! Yet Andy was also something very special, and very much unto ... CD

I Like Your Kind Of Love – The Best Of The Cadence Years
Cadence/Varese, Late 50s. Used
CD...$5.99
A great collection of Andy Williams' pre-Columbia work – 20 tracks in all! CD

Now Hear This/Broadway Playbill
Columbia/Collectables/Sony, 1957/1960. Used
CD...$8.99
Excellent swinging vocal group from The Hi-Los – one of the best male vocal quartets ever! The foursome have an amazing talent with a jazz riff – and their style of handling a tune was only ever matched by the Four Freshmen for sheer inventiveness and vocal imagination. This set ... CD