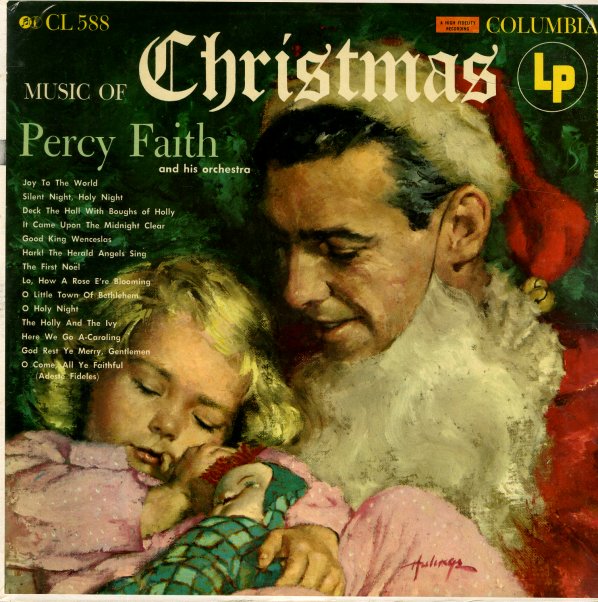 A set that has the lush Percy Faith approach turned towards a host of seasonal tunes – a rising blend of horns and orchestrations that come across here with maybe even a more moving quality than on some of Percy's other albums! The tunes are mostly familiar carols, served up with full strings and some occasional playful moments – usually instrumental, but with a touch of chorus vocals from time to time – often just a chorus making a bit of "oohs" in the background. Titles include "Deck The Halls", "Joy To The World", "Good King Wencelas", "The First Noel", "O Holy Night", "Holly & The Ivy", "God Rest Ye Merry Gentlemen", and "Silent Night".  © 1996-2021, Dusty Groove, Inc.
(Mono red label "nonbreakable" pressing. Cover has some surface wear, split top seam, half split spine and partially split bottom seam.)