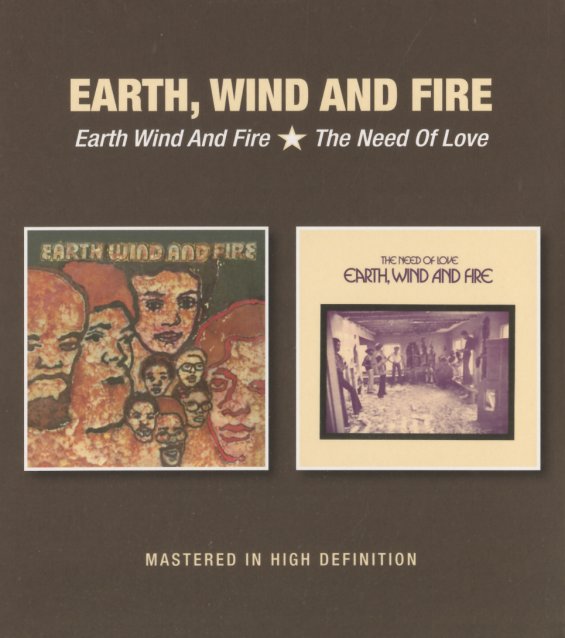 A pair of spiritual soul classics – the rare early Warner Brothers albums from Earth Wind & Fire – back to back on a single CD! Earth, Wind & Fire's first album was recorded at a time when the group recently had ties to the Chicago soul and jazz scenes, and a range of experience that ran the gamut from work with Sun Ra, the Artistic Heritage Ensemble, The Pharoahs, Ramsey Lewis, and countless other influential groups. Headed up by Maurice White on drums and percussion, the group forged an amazing blend of all these influences, creating a future soul sound that pushed black music to the next level – taking a wealth of previously underground modes of expression, and fusing them into a soaring sound that would soon put them at the top of the charts. This album's a lot looser and freer than their Columbia albums – with plenty of raw funk and some nice off-beat jazz soling. Includes the classic break track "C'Mon Children", plus "Fan The Fire", "Bad Tune", and "Moment Of Truth". Need Of Love is one of the two early Earth Wind & Fire LPs recorded for Warner – and the one that shows their amazing roots in the avant-garde jazz scene in Chicago! At the forefront, the record's a righteous soul album with an ensemble funk sound – but deeper in, there's a lot of jazz-based playing, and a number of moments that almost get "out" in the solos! Surely this one couldn't have been made without the spiritual advancements in jazz made by the AACM – and EWF couldn't have helped rubbing shoulders with those players, considering that they all often gigged together in the Chicago studio scene, and that they'd also shared some time together in groups like The Pharoahs and Phil Cohran's Artistic Heritage Ensemble. Titles include "Energy", "Beauty", and a nice remake of Donny Hathaway's "Everything is Everything".  © 1996-2021, Dusty Groove, Inc.