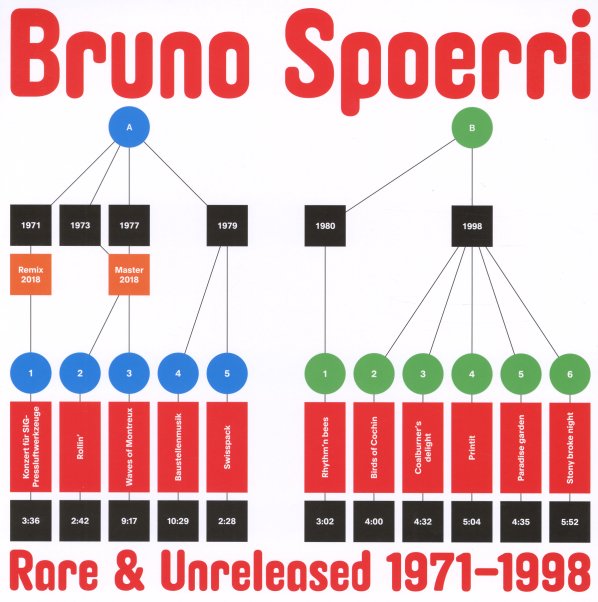 Very unusual sounds from Bruno Spoerri – once a Swiss jazz musician in a relatively small scene – but now a world-famous composer for his groundbreaking soundtrack and sound library music of the 70s! This set begins in that territory, and then moves on to some equally cool cuts from later years – mostly music from the late 70s/early 80s – with Bruno mixing keyboards and sound effects in a very cool way – often with a bit of a groove at the bottom, but offset by all these weird and wild elements up top! Bruno wrote the notes himself, and tells a bit about the odd approach for each tune – and titles include "Rollin", "Waves Of Montreux", "Baustellenmusik", "Paradise Garden", "Birds Of Cochin", "Stony Broke Night", and "Swisspack".  © 1996-2021, Dusty Groove, Inc.