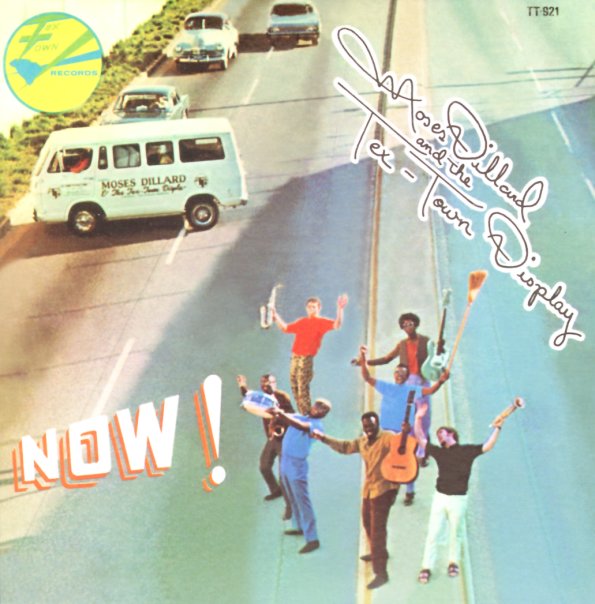 The only full album we've ever seen from Moses Dillard – a name that we know from a few funky 45s back in the day – and equally great here in the space of a 33rpm record! On side one, the music is a wicked blend of southern soul and funk – served up from the South Carolina scene, with an approach that's different than some of the Memphis or Muscle Shoals modes of the period – nicely distinct, at a level that makes the album shine on both groovers and slower-burners – with a balance that's right up there with the great Bobby Taylor & The Vancouvers album on Motown! The songs are great – and Dillard's vocals are wonderful, done with the best sort of deep soul vibe of the time – balanced out in arrangements by Andrew Love and Wayne Jackson of the Memphis Horns. Side two is equally great, but in a completely different way – as it features Dillard playing guitar in this mighty cool combo with Clayton Ivey on piano – a real soul jazz-styled performance, with Moses using all these chromatic edges – a bit like Eddie Fisher on his famous Third Cup album. Titles include "Are You For Real", "You Can't Laugh It Off", "Won't Somebody Help Me", "Cry Like A Baby", "Bring Your Dreams To Me", "T Bone Steak", "Tribute To Wes", and "Matchmaker".  © 1996-2021, Dusty Groove, Inc.

Rushing To Meet You (Japanese paper sleeve edition)
Tiger Lily/Big Pink (Korea), 1976. New Copy
CD...$18.99 22.99
The rare second album from Clydie King – recorded at a time when she was lending her backing vocals to artists like The Rolling Stones, Steely Dan, and Humble Pie – but a set that firmly puts Clydie in the lead! King's got an amazing style of singing – deep and raspy at one ... CD

Don't Let Up (Japanese paper sleeve edition)
London/Big Pink (Japan), 1976. New Copy
CD...$18.99
One of the best-remembered albums from the Olympic Runners – not the shorts-clad ladies on the front cover, but a UK funk combo with a mighty sharp edge! These guys are best when they're really laying into the groove – hitting hard with the bass, following with the drums, and peppering ... CD