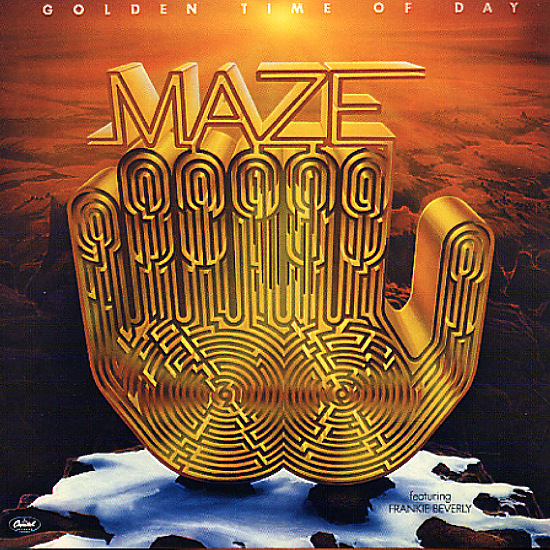 Excellent work from Frankie Beverly and Maze! The record is one of the group's best, and has a wonderful mellow groove that's totally on the money on nearly every cut – a mature, sophisticated approach to soul that really made Maze a standout act at the end of the 70s! There's a slight jazzy vibe running through most of the record, supported with warmly flowing grooves, impeccable songwriting, and great vocals from Frankie all the way through. Titles include the excellent track "Golden Time Of Day", one of those slinky modern soul midtempo numbers that were one of the best things about the late 70s soul years – plus the tunes "I Need You", "I Wish You Well", and "Travelin Man".  © 1996-2021, Dusty Groove, Inc.
(Cover has light wear. Vinyl plays with a click on "Travelin' Man".)