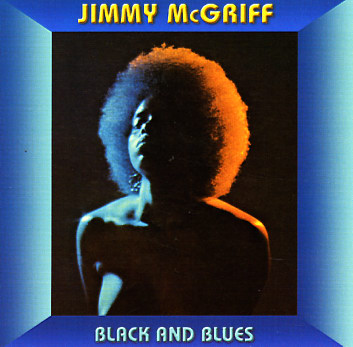 An unusual double-length album for Jimmy McGriff – released during his funkier years at the Groove Merchant label, but with a gritty sort of sound that takes us back to his first few records on Sue in the 60s! The "blues" in the title is definitely well-chosen – as the tracks here are long, lean, and drawn out – blues-drenched soul jazz played by a small combo that includes Larry Frazier on guitar, Rudy Johnson on tenor, and Saint Jenkins on drums – plus Gerry Jemmott on electric bass, adding a bit more vamp to the background than usual. There's a very earthy feel to most numbers – almost improvised jams at times, at least on the tracks that are credited to McGriff as the writer. Titles include "Blue Groove (parts 1 & 2)", "Blues For A Broken Down Funky Old Bus", "Bahama", "Mack The Knife", "Harp-er", "Mocha", "Hey Mrs Jones", "Amen", and "Penthouse Serenade".  © 1996-2020, Dusty Groove, Inc.
(Part of the Groove Merchant Mo' Groovy Collection!)