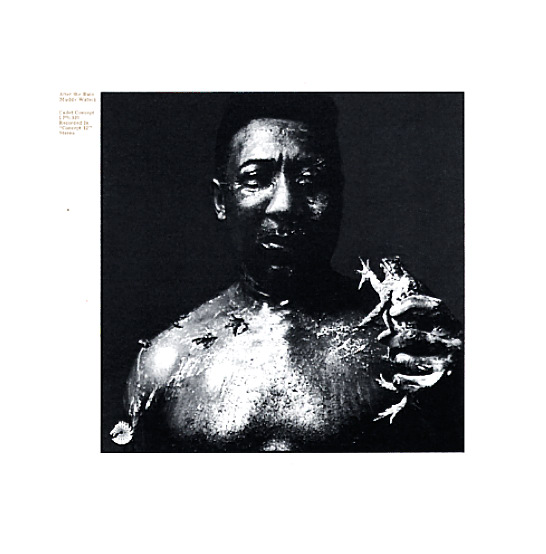 Also available
Muddy Waters — After The Rain ... CD 13.99
A gem of a record from the funk-heavy period of Muddy Waters – a moment that once made the traditional blues fans mad, but which has gone onto become the stuff of legend – thanks to a real criss-crossing of Chicago talents in the studio! The set was co-produced by Chess Records talents Charles Stepney, Gene Barge, and Marshall Chess – and features expanded instrumentation that includes Phil Upchurch on added guitar, Louis Satterfield on bass, Charles Stepney on organ, and Morris Jennings on drums – plus even more guitar from Pete Cosey, who you might know from later work on some Miles Davis electric albums! Muddy is still very firmly the lead talent at the core, though – coming across with a badass kind of vibe that mixes his raw roots with the hipper soul of the new generation – a great Chess/Cadet hybird that was years ahead of its time. Titles include "I Am The Blues", "Hurtin Soul", "Bottom Of The Sea", "Honey Bee", "Rollin' And Tumblin'", "Screamin & Cryin", and "Blues & Trouble".  © 1996-2023, Dusty Groove, Inc.