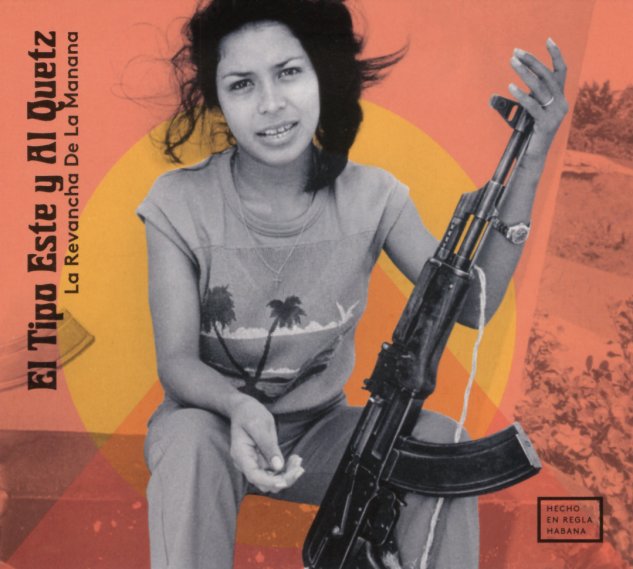 That's a pretty darn striking image on the cover – and the sounds within are pretty darn striking too – a fantastic mix of Cuban roots and contemporary hip hop production! French producer Al Quetz works here with El Tipo Este of Cuban hip hop group Obsesion – and the style is far more than just the sum of its parts – as the pair resonate together with bits of funk, dub, and other sonic subcurrents – all of which give the record a sense of urgency that we really didn't expect! Lyrics are all in Spanish, and Guts handled some of the arrangements – amidst instrumentation that also includes great touches on trombone, flute, and keyboards. Titles include "Zafra", "Sin Protocolo", "Regla Sound System", "Tu Vera", "Dicen", "Revolucion Vivencial", and "Inflowencias".  © 1996-2021, Dusty Groove, Inc.