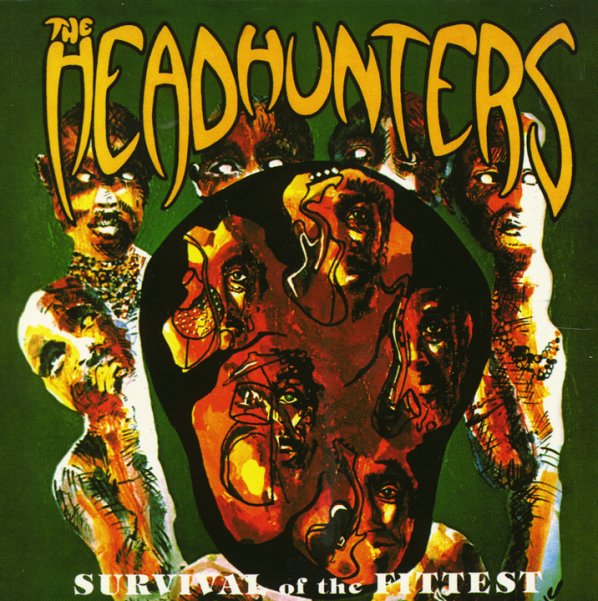 Survival Of The Fittest

A landmark bit of jazz funk – from one of the greatest backup groups of the 70s! Herbie Hancock first brought The Headhunters to light – working with the San Francisco-based combo that included Bennie Maupin, Mike Clark, Paul Jackson, and Bill Summers – using their sound to give his work the right dose of funk it needed to reach new audiences during the decade. This album's the first to feature the group on their own, without Herbie – and if we don't mind saying so, they sound even better without him! The whole thing's a wonderful mix of jazz funk grooves and very unusual rhythms – and the record contains the monster full length version of "God Make Me Funky", which is 9 minutes and 35 seconds of non stop funk, plus the cuts "If You've Got It, You'll Get It", "Magic", and "Here & Now".  © 1996-2021, Dusty Groove, Inc.
(Cover has light wear.)