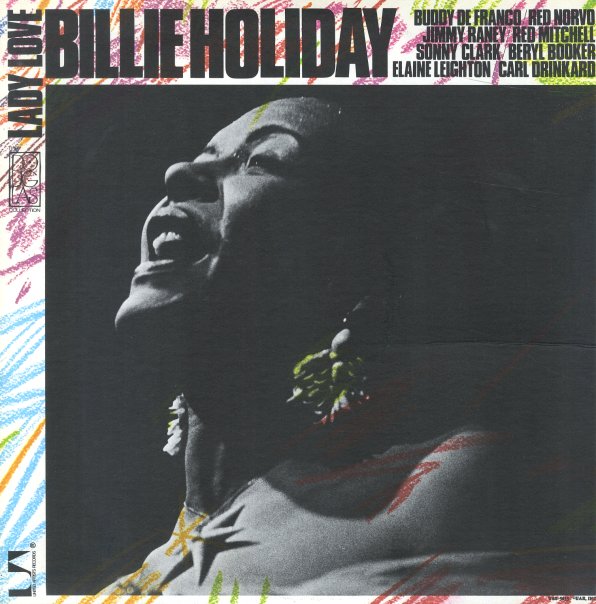 Rare live work from Billie Holiday – mostly from the early 50s, but not issued until a few years after her death – in a well-done package from United Artists! The tunes were mostly recorded under the supervision of Leonard Feather – and come from two different German tour dates – one with Carl Drinkard on piano, Red Mitchell on bass, and Elaine Leighton on drums – the other with a larger group that features Sonny Clark and Beryl Booker on piano, Red Norvo on vibes, Buddy DeFranco on clarinet, and Jimmy Raney on guitar! The second set features longer tracks with a bit more improvisation – a nice treasure from these key years of Billie – on titles that include "Lover Come Back To Me" and "Billie's Blues". The trio sides are a bit more straight, but still plenty great – with titles that include "Blue Moon", "All Of Me", "My Man", "I Cover The Waterfront", and "I Cried For You".  © 1996-2022, Dusty Groove, Inc.
(Sealed 70s pressing! Cover has a cut corner.)

Billie Holiday – Remixed & Reimagined
Legacy, 2007. Near Mint-
LP...$49.99
Billie Holiday's probably reimagined here more than she's remixed – as most of the tracks are heavy on contemporary beats and breaks first, and tend to focus on the vocals second! Billie's older recordings are dropped into the mix to provide a bit of older flavor – sometimes used quite ... LP, Vinyl record album

Billie Holiday At Storyville (Japanese pressing)
Storyville/Trio (Japan), 1951/1953. Near Mint-
LP...$24.99
Rare live material from Billie Holiday – recorded at the Storyville club in Boston, and featuring some especially hip small combo backing! A good portion of the work appears to have been broadcast on radio – which means that the sound quality is professional, and done for a bigger ... LP, Vinyl record album

Lady In Satin
Columbia, 1958. Near Mint-
LP...$29.99 (CD...$1.99)
One of Billie's last recordings, and an incredibly striking batch of songs arranged by Ray Ellis with a sad, fragile ege that's perfect for the style of her later work. Billie's voice is faltering, but in a way that only makes the songs sound more personal and more compelling – and although ... LP, Vinyl record album

Velvet Mood
Verve, 1955. Very Good-
LP...$19.99 24.99
A velvet mood, but one with a bit of an edge – as you might expect from Billie Holiday in the 50s, hardly the stuff of a too-soft vocal date! The album's got Holiday working in wonderful small combo mode – getting some key Verve backup from players who include Sweets Edison on trumpet, ... LP, Vinyl record album