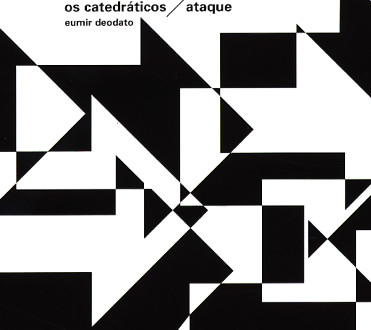 An organ bossa classic from the legendary Eumir Deodato – one of his strongest albums from his early years in Brazil! There's a very jazzy feel to the set all the way through – thanks to a tightly arranged group that not only features the organ and percussion you might expect from such a date, but which also features some great horn work as well! Trombone, tenor, and baritone sax all get in some nice licks – and Deodato's organ cooks wonderfully throughout, often with a quick-stepping bossa jazz sound that really keeps things lively. Titles include "O Sol Nascera", "Samba Do Dom Natural", "Terra De Ninguem", "E Bom Parar", and "Ataque".  © 1996-2021, Dusty Groove, Inc.

Far Out Bossa Nova – A Collection Of Far Out's Finest Bossas To Celebrate 50 Years Of Bossa Nova
Far Out (UK), Late 90s/2000s. New Copy
CD...$9.99
Killer contemporary bossa from the Far Out label – easily one of the hippest Brazilian imprints going, and one of the few who really manage to get a classic sound right! The tracks here are pulled from the wealth of recent recordings on Far Out, and together they really demonstrate the label' ... CD

Estatica
Far Out (UK), 2010. New Copy
CD...$7.99 16.99
An incredible record from Marcos Valle – maybe our favorite-ever of his recent-revival years! The sound here is sublime – a warm blend of funky rhythms, bossa roots, and larger orchestrations – all very much in the spirit of those legendary albums that Valle recorded for ... CD