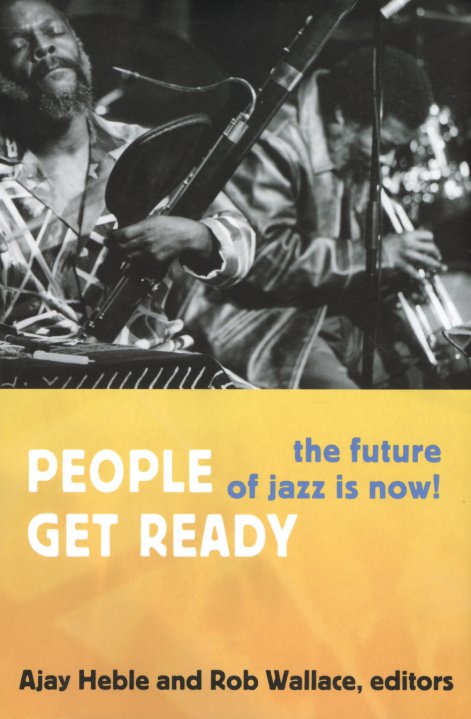 People Get Ready – The Future Of Jazz Is Now

The future of jazz is now, even if it's in the past – as the editors here bring together a selection of essays that document the forward-thinking movements in jazz from the mid 60s onwards – some of which are only getting full appreciation all these many years later! There's a nice variety of subjects from an equally nice variety of writers – and essays include "Jeanne Lee's Voice" by Eric Porter, "Days Of Bread & Roses" by Mark Ribot, "Experimental Music In The Academy In New York City" by Tamar Barzel, "The Antiquity Of The Avant Garde" by John Szwed, "Black Jazz In The Digital Age" by Greg Tate, and "Ancient To The Future" by members of the AACM, including Nicole Mitchell, Matana Roberts, Don Moye, Wadada Leo Smith, and Roscoe Mitchell. There's also a section on the "Jazz Photography Of Thomas King" – and the whole thing is 312 pages, softcover, with some black and white photographs.  © 1996-2022, Dusty Groove, Inc.

1000 Cars Of New York (hardcover)
Damiani, 2017. New Copy
Book...$6.99 35.00
Cars, in New York City, and nothing else at all – just page after page of cars parked on the street – presented in a fascinating array of full color images! Some cars get a whole page to themselves, some are arrayed in grids – old cars, new cars, fancy cars, and beat up cars ... Book

Listen To The Lambs
University Of Minnesota Press, 1968. New Copy
Book...$4.99 18.95
A fascinating slice of work from the legendary Johnny Otis – the longtime LA bandleader who had such a strong role in the worlds of jazz, soul, and R&B – and who also turns out to be a hell of a writer too! The book is Otis' answer to the Watts riots of 1965 – a mixture of ... Book

Philip K Dick's Electric Dreams Vol 1
Gollancz (UK), 2017. New Copy
Book...$6.99 11.99
Fantastic fiction from one of the all-time greats – a special selection of short stories by the legendary Philip K Dick, brought together in conjunction with the anthology series inspired by these tales! Each of these stories is the basis for a different episode of the show Electric Dreams ... Book

Dick Gregory's Political Primer
Amistad, 1972. New Copy
Book...$6.99 17.99
An early 70s call to action from the great Dick Gregory – a figure who began his career on the comedic stage of the Civil Rights generation, but soon rose to become one of the most powerful voices for change – so much so that Gregory changed his own ambitions, and move all his ... Book

Post Office
Virgin (UK), 1971. New Copy
Book...$6.99 13.99
The debut novel from the legendary Charles Bukowski – a book that's filled with everything we've come to know as the hallmarks of his writing, but one that's also got a nice sort of focus too – as the main character is a post office employee, and the book has a very down to earth vibe! ... Book

Black Cowboys (hardcover)
La Fabrica (Spain), 2016. New Copy
Book...$8.99 45.00
The overlooked legacy of the African-American cowboy gets some great time in the spotlight here – in a well-done book that's overflowing with full color images taken from the contemporary scene! The book offers up both portraits of contemporary black cowboys, and some great action shots too ... Book