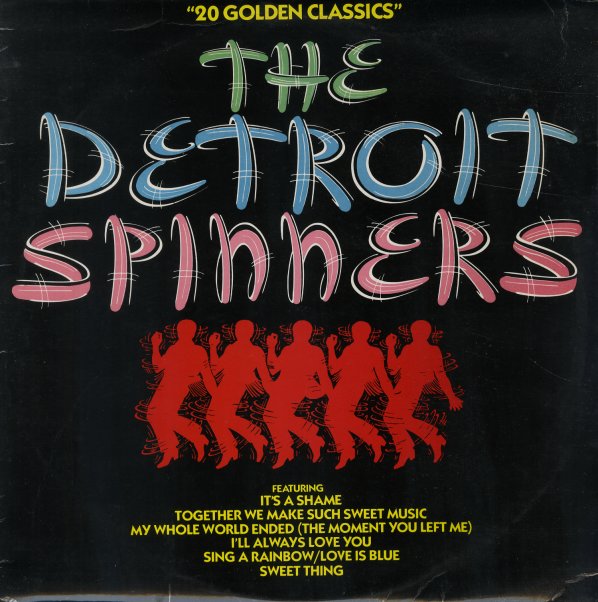 A special UK-only collection of work by The Spinners – billed here as The Detroit Spinners on the cover! The set includes the obscure "What More Could A Boy Ask For" – plus "Message From A Blackman", "Sweet Thing", "For All We Know", "Ooh Child", "It's A Shame", "Together We Can Make Such Sweet Music", "I'll Always Love You", "Tomorrow May Never Come", "We'll Have It Made", "Sing A Rainbow/Love Is Blue", "My Whole World Ended", and "I've Got To Find Myself A Brand New Baby".  © 1996-2021, Dusty Groove, Inc.
(In great shape!)

Innervisions
Tamla, 1973. Very Good Gatefold
LP...$29.99 (CD...$6.99, CD)
One of the best Stevie Wonder albums ever! Stevie's moving into god-like territory here – handling a multitude of styles, all well, and crafting some of the most sophisticated soul of his generation. The album's got the same jazzy references you'll find on the best work by Donny Hathaway ... LP, Vinyl record album

Innervisions
Tamla, 1973. Very Good Gatefold
LP...$29.99 (CD...$6.99, CD)
One of the best Stevie Wonder albums ever! Stevie's moving into god-like territory here – handling a multitude of styles, all well, and crafting some of the most sophisticated soul of his generation. The album's got the same jazzy references you'll find on the best work by Donny Hathaway ... LP, Vinyl record album