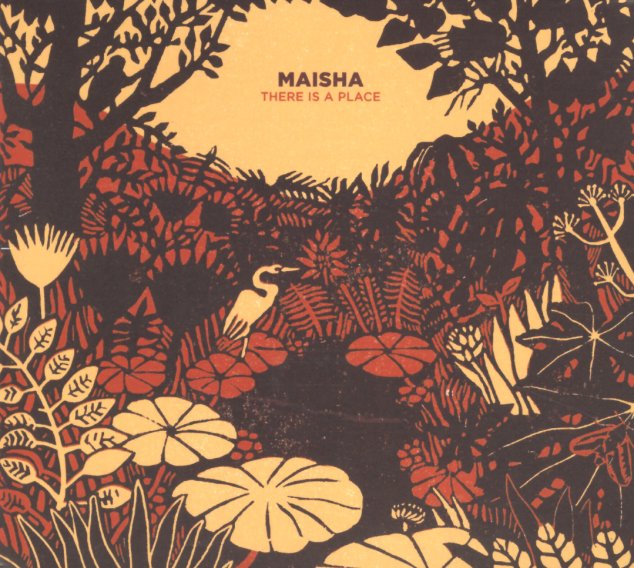 A record with a soaring spirit from the contemporary London scene – a fantastic full-length statement from Maisha, a group we'd heard about over the years – but are only now getting a chance to enjoy! The group's led by drummer Jake Long, but features this really tremendous work on tenor and flute from Nubya Garcia – who's got a majestic approach that's very much in the best spiritual jazz modes, but which also maybe gets a bit more personal at times too – especially on the passages with flute, which really brings a lyrical beauty to the record – and the group also features guitar, keyboards, bass, and two more percussionists! Long's rhythm progressions are nicely inventive, and very organic – and the sound is fleshed out at times by the slight addition of added strings, harp, and a bit of trumpet – all to underscore the more righteous currents in the music. Really fantastic – one that might knock Kamasi Washington off your turntable – with titles that include "Osiris", "Azure", "Kaa", "There Is A Place", and "Eaglehurst/The Palace".  © 1996-2021, Dusty Groove, Inc.

Turn To Clear View
Brownswood (UK), 2019. New Copy
CD...$13.99 14.99 (LP...$20.99)
A fantastic second set from keyboardist Joe Armon-Jones – a musician we first came to love in the UK-based Ezra Collective, and one who's now effortlessly bridging a space between jazz and soul! The record's got a vibe that's as cosmic as its cover – but one that comes not just through ... CD