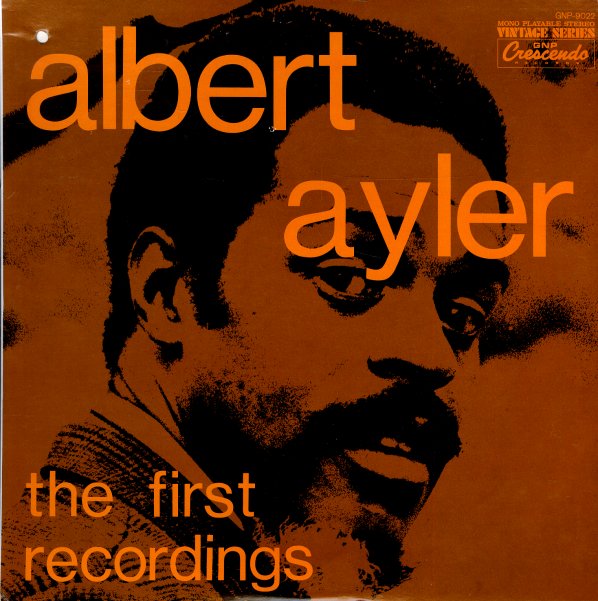 Early work by Albert Ayler – and very very striking! The setting is very spare, with only bass and drums backing Ayler up – and the way the album is mixed, Ayler's solos dominate the tracks in a way that isn't always the case with some of the more group-driven later work. His tone is amazing even in this early date of 1962 – and he completely blows away the other two players on the set, drummer Sune Spangberg and bassist Torbjorn Hulcrantz. The set was first recorded by the small Swedish label Bird Notes, and it's the beginning of a longtime love affair that Swedish modernists had with Ayler's tone and playing – a love affair that runs up to the current avant garde that includes Mats Gustafsson. Includes a mindblowing reworking of "I'll Remember April", plus versions of "Rollins Tune" and "Tune Up", and Ayler's own "Free". This is the US issue, from the 1973.  © 1996-2021, Dusty Groove, Inc.
(70s red label pressing. Vinyl has a press flaw bump on Side 2 just at the edge of the label, well out of the way from any grooves.)