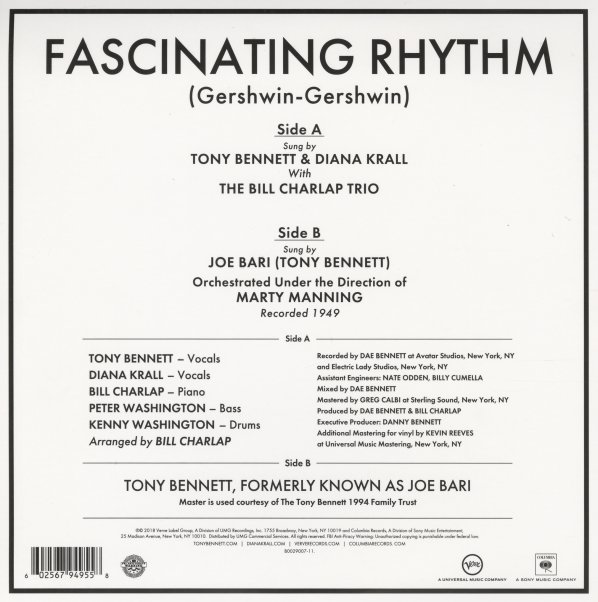 A very cool little 10" single – one that features a recent duet on "Fascinating Rhythm" by Tony Bennett with Diana Krall, all with backing from the trio of pianist Bill Charlap! The flipside's maybe even cooler, though – as it features a very early Bennett recording of the tune – done in 1949 with orchestrations by Marty Manning, and originally issued unear the name of Joe Bari!  © 1996-2021, Dusty Groove, Inc.
(Released for Small Business Saturday 2018. Indie store exclusive.)