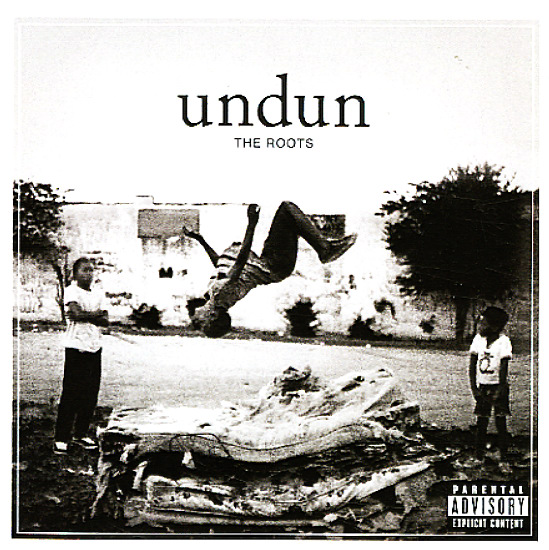 Hip hop's reigning kings of longevity The Roots deliver another great album with Undun – we'd have to think it's entirely uncompromising and they're doing exactly what they want to do on this one – so if you thought their day (eh, latenight) job would would bring their album work into more of a mainstream style. . .hell no! Undun is a serious, soul searching and boldly creative album length character study inspired by a Sufjan Stephens song (!!!) – ambition is not something this group lacks – and it's stunning. An album that's in the upper tier of Roots albums in quality – there's certainly no chart bait here. Includes "Dun", "Sleep", "Make My" feat Big KRIT & Dice Raw, "One Time" feat Phonte & Dice Raw, "Stomp" feat Greg Porn, "I Remember", "Tip The Scale" feat Dice Raw, the four part "Redford" suite and more.  © 1996-2021, Dusty Groove, Inc.