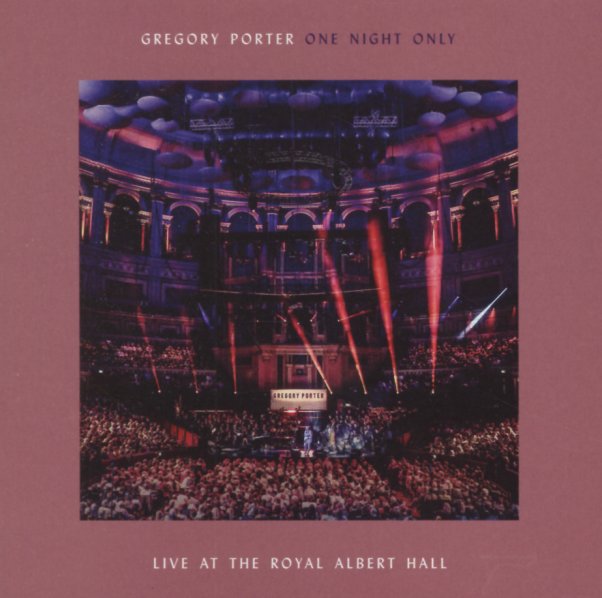 One Night Only – Live At The Royal Albert Hall (CD & DVD)

Gregory Porter live at London's Royal Albert Hall – backed not only by his excellent core band, but also the 60+ piece London Studio Orchestra – really pulling off a masterstroke in the way he can bring out all the lush promise of the orchestral setting while staying rooted in intimate soul! Credit conductor and arranger Vince Mendoza for the subtle finesse of the orchestra – never getting too big and lush for the sake of bigness – but it's the warmth of Gregory Porter's voice at the center that gives this such a real vibe, steering free of nostalgia on songs from his Nat King Cole & Me project while bringing grander instrumentation, but no less intimate of a vibe to songs from Porter's own songbook. Includes "Mona Lisa", "Don't Lose Your Steam", "Hey Laura", "Smile", "In Heaven", "The Lonely One", "Ballerina", "Miss Otis Regrets", "Quizas, Quizas, Quizas", "Nature Boy", "But Beautiful", "Ballerina", "For All We Know", "When Love Was King", "I Wonder Who My Daddy Is" and more. and more. 19 tracks on the CD – and it comes with the DVD of the performance, too!  © 1996-2021, Dusty Groove, Inc.