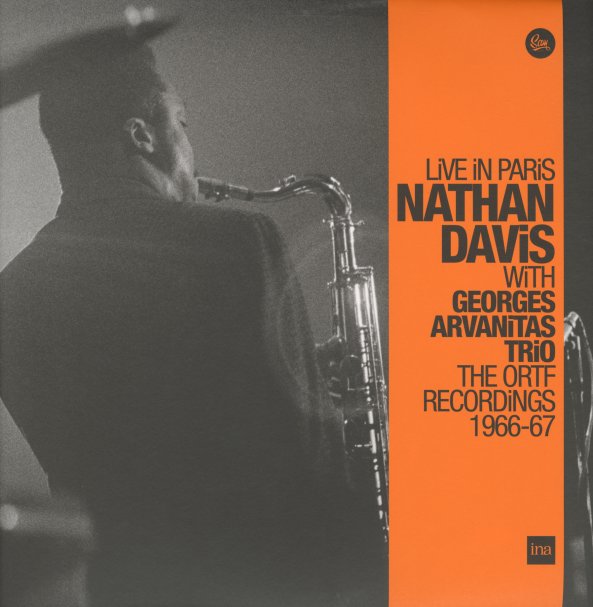 Amazing music by one of our favorite saxophone players of all time – captured here at the height of his 60s genius on the European scene! The tracks here have never been issued at all – but stand as a perfect complement to the killer MPS/Saba albums by Nathan Davis – and are served up with a similar blend of soulful hardbop and modernist edges – qualities that are already present in the fantastic phrasing of Davis on tenor and flute, pushed even further by the equally great work of French piano legend Georges Arvanitas! Although Arvanitas could be out when he wanted, he could also swing like the best of them – and his pairing with Davis here is perfect, and really brings out both the soul and edge in both players – especially in the company of George's fantastic rhythm duo of Charles Saudrais on drums and Jacky Samson on bass. The set's full of other surprises, too – including a bit of organ from Arvanitas, and an appearance by Jack Dieval – and the whole thing is beautifully recorded by French Radio. Tracks are all long – and include "Mid Evil Dance", "Blues For Southeast Asia", "The Hip Walk", "Rules Of Freedom", "A5", "The Thing", "Love Ye The Neighbor", "Nathalie's Dance", and "Yesterdays" in both flute and tenor versions.  © 1996-2022, Dusty Groove, Inc.