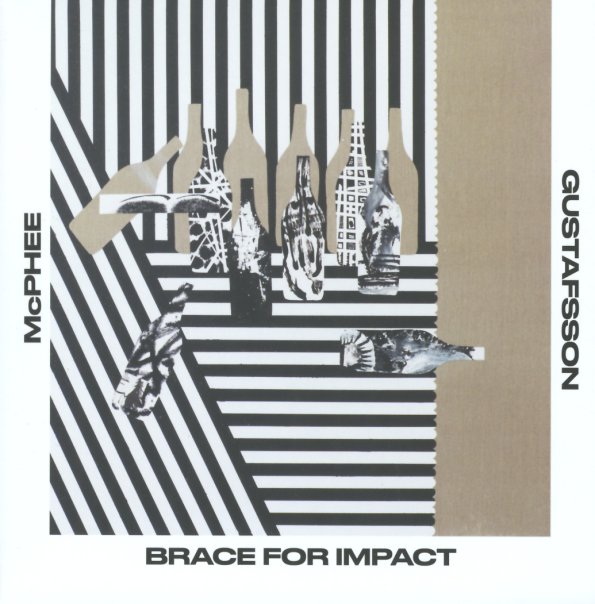 Brace For Impact (with bonus track)

The first-ever album of studio duets between Joe McPhee and Mats Gustafsson – quite a surprise, given how often their paths have crossed over the years! The set was recorded in 2007, but only issued many years later – and it's a key document of the power that both improvisers have at this point in their career – each receiving strong global attention and facing new discovery by audiences nobody would have expected to be there for free jazz in the new millennium – but also able to completely put aside their egos and work together with the kind of sensitive interplay that only comes when you've got two masters in a rare moment like this. Sonically, the whole thing is very textural – maybe initially informed by that style that Gustafsson has of exploring all the outer reaches of a saxophone, from the tip of the reed right down to the surface of the pads – as he blows baritone, slide sax, and alto fluteophone – and McPhee works on pocket trumpet, alto, and alto clarinet. Titles include "Suicide Chicken Wings Over Nickelsdorf", "Bat Cave Feast", "Just Blue", "Just Green", "Race Matters", and "Blame Game".  © 1996-2020, Dusty Groove, Inc.