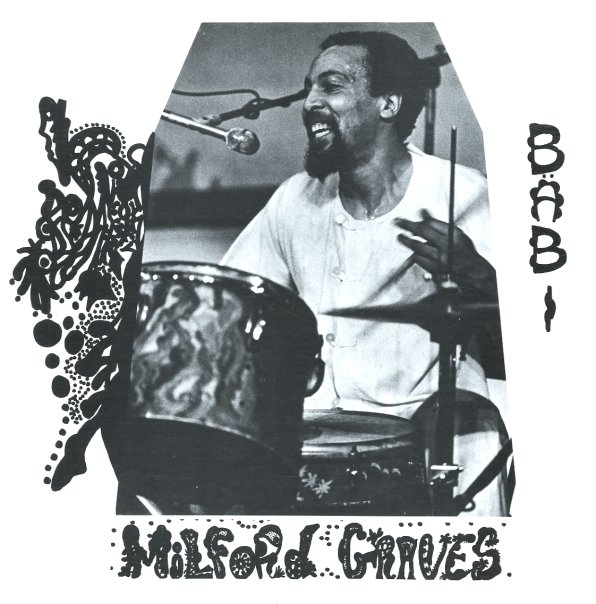 One of the rarest albums ever from percussionist Milford Graves, and one of the most intense as well – a completely unbridled live performance that features saxes from Hugh Glover and Arthur Doyle! Glover and Doyle are amazing together – and with that trademark raspy tone, Doyle's set apart nicely, even amidst the frenzy – and Graves is a complete monster on the drum kit, moving with a speed that must have been breathtaking to see in person – at a level that always has us checking the record to make sure that we don't have it set to 45rpm! If you've ever overlooked the contributions that Graves has made to improvised music, this is the record to convince you – with titles that include "Ba", "Bi", and "Babi". Great bonus material too – a whole CD that features the same trio, playing together 8 years before – recorded in New York in 1969, with four improvisations of varying length.  © 1996-2022, Dusty Groove, Inc.