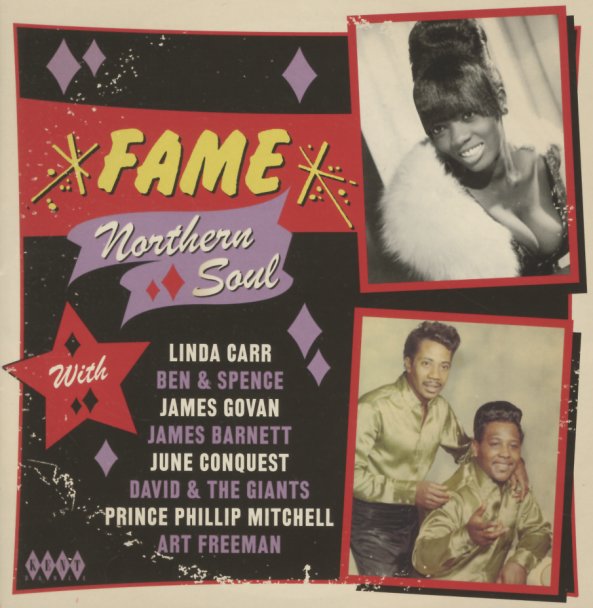 Upbeat sounds from Muscle Shoals – music that's normally dubbed by the term of Northern Soul, but which was recorded in one of the best scenes in the American south! That confusion's easy to fix – as the "northern" in Northern Soul has always referred to the interest in a certain type of rhythm in the 60s UK scene up north – which means that the sounds can come from anywhere, especially a place that's as well-tuned to vintage soul styles as the legendary Fame studios! The tracks here were all recorded at Fame – handled by Rick Hall and his top-shelf lineup of studio musicians – and were issued on his own Fame label, and other imprints that include Atlantic, Bell, Cotillion, and a few others – appearing here alongside a number of tracks that weren't issued back in the day as well. The main thing to know is that the rhythms are upbeat and romping – and the singers are all pretty darn wonderful – as many are also known for famous deep soul recordings at fame. Titles include "A Stone Loser" by Ben & Spence, "I'm Qualified" by Otis Clay, "Love Is A Wonderful Thing" by Prince Phillip, "Ten Miles High" by David & The Giants, "Keep On Talkin" by James Barnett, "A World Of My Own" by Billy & Clyde, "It's Not Safe To Mess On Me" by George Jackson, "In The Heat Of Love" by Marjorie Ingram, "It Ain't What You Got" by Jimmy Hughes, "Slippin Around With You" by Art Freeman, "Your Love Lifted Me" by James Govan, and "Everytime" by Linda Carr.  © 1996-2023, Dusty Groove, Inc.