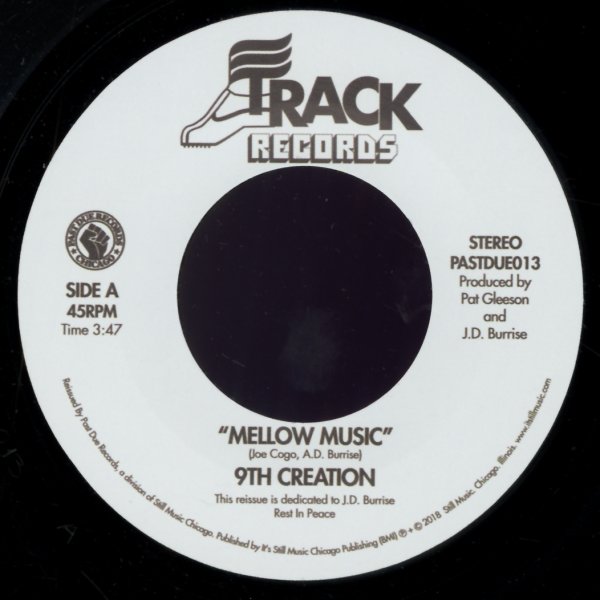 9th Creation
Past Due
Past Due (label)
Funky 45's

Most folks know 9th Creation as a heavy funk band, but they're also pretty darn great on mellower moments too – working in all the complexity of their funky arrangements, but with a laidback vibe that's maybe even more impressive! "Mellow Music" definitely has that right sort of special balance – and it's backed here by "Step Ahead", which is more uptempo, and has a lot of cool keyboard elements – all given even more of a groove by producer Pat Gleeson!  © 1996-2020, Dusty Groove, Inc.