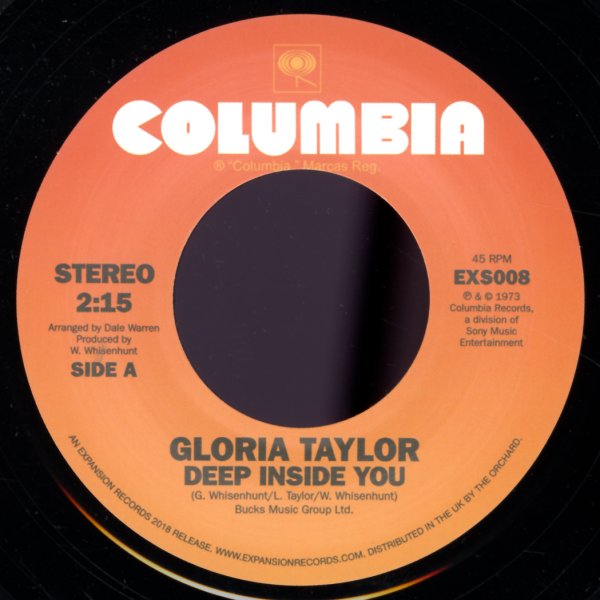 Lost work from Gloria Taylor – singer who's best known for indie sides in the 60s, but who sounds completely fantastic here on a one-off single for Columbia! "Deep Inside You" has this unusual flow – almost stop/start in energy, but with Taylor really soaring out on her vocals, as some cool vibes and other sweet touches work some magic in the background! "World That's Not Real" has more great vibes – ringing out at the start and really setting up the moody tone for the tune – which is one of the trippiest bits of 70s female soul we've ever heard!  © 1996-2021, Dusty Groove, Inc.
(Limited edition!)