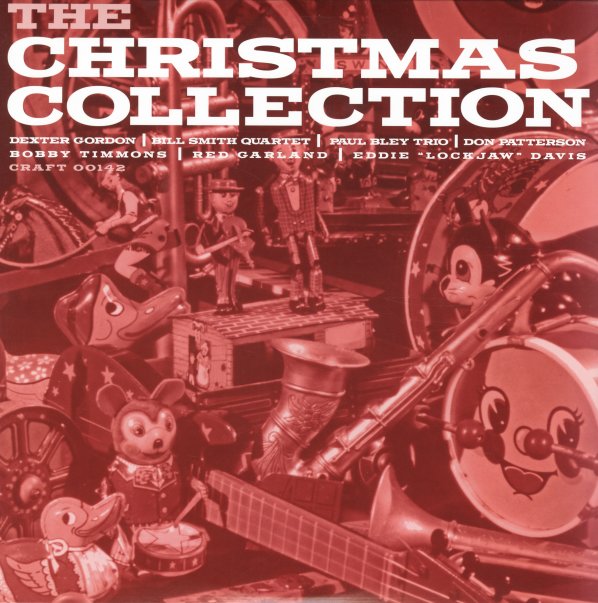 One of our favorite collections of Holiday jazz tunes ever – featuring tracks mostly pulled from the Prestige Records vaults of the 60s, including some really heavy-hitting soul jazz numbers and a few rare singles! The set list is more than enough to sell this one to any fan of Christmas jazz – so we'll just let you know that the tunes include "Santa Claus Is Coming To Town" by Paul Bley, distinct takes on "The Christmas Song" by Eddie Lockjaw Davis and Dexter Gordon, "Rudolph The Red Nose Reindeer" and "Merry Christmas Baby" by Don Patterson, and "Winter Wonderland" by Red Garland, "White Christmas" by Bobby Timmons and more.  © 1996-2020, Dusty Groove, Inc.
(Indie exclusive – on RTI pressed red holiday vinyl!)

More Sounds Of Christmas
Argo/Verve, 1964. New Copy (reissue)
LP...$17.99 19.99 (LP...$7.99)
Ramsey Lewis had such great success with his first album of Christmas instrumentals for Chess Records, he soon hopped back in the studio for a second record – but one with a very distinct difference! This time around, the trio's a bit unusual – in that it features regular bassist Eldee ... LP, Vinyl record album

Holiday Soul
Prestige, 1964. New Copy (reissue)
LP...$18.99 21.98
A Holiday set so sweet, you'll be playing it all year long – as the record's got all the same soul jazz charms as the other Prestige Records albums from Hammond legend Don Patterson! True, the cover is red and green – and true, the songs are all Christmas numbers – but Don and ... LP, Vinyl record album