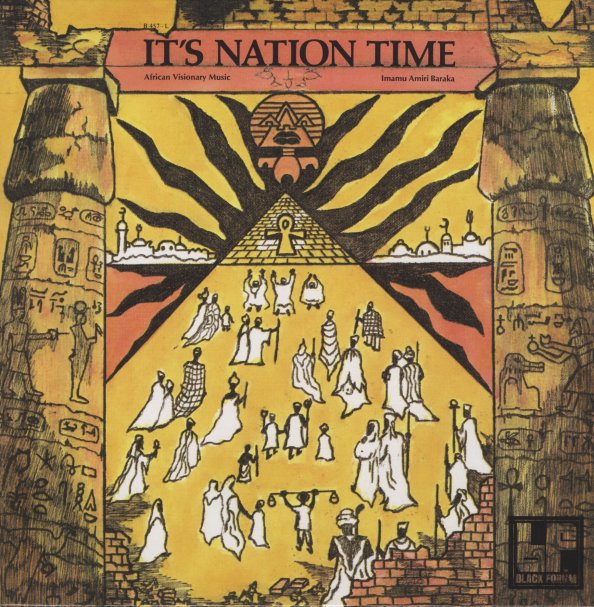 An amazing record that's as powerful as the political message of the title – the hippest record ever cut by Amiri Baraka, and that's saying a heck of a lot! Baraka delivers a long and complex set of poetic reflections on the state of Black America, spiritual awakening, and political redemption – set to musical backings that shift from funky, to jazz, to avant, and back again. Players on the set include Gary Bartz, Lonnie Liston Smith, Idris Muhammad, and Reggie Workman – and there's a host of additional players, percussionists, and vocalists that join Amiri in the delivery of his message. Titles include "Answers In Progress", "Peace In Place", "Bad News For Your Highness", "Was Gon Happen", "All In The Street", "Pamoja Tutashinda", and "Pull The Covers Off". One to listen to when you get past your Last Poets records!  © 1996-2021, Dusty Groove, Inc.