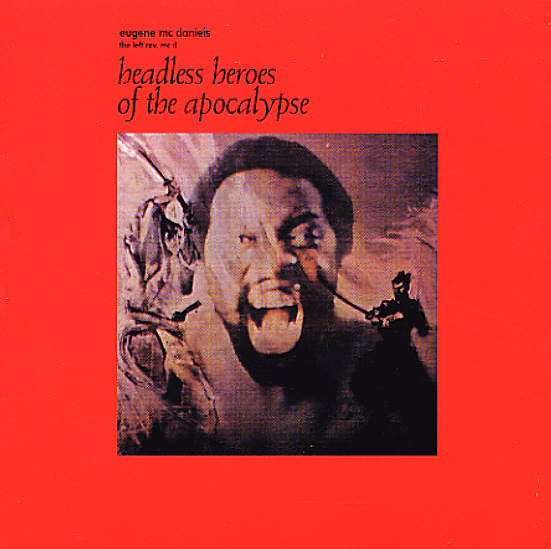 A monster album that's gone onto influence a generation – but which was barely recognized at the time! Singer Eugene McDaniels had scored big with some pop hits in the 60s under the name Gene McDaniels – but here, he steps out in a righteous batch of offbeat funk tunes – filled with politics, offbeat rhythms, and some very weird instrumentation. The whole thing's awash in moody, jazzy changes – of the style that showed up often in samples by Tribe Called Quest, Beastie Boys, and other artists who drew keen inspiration from this record. Titles include the massive "Jagger the Dagger" – plus "The Lord Is Back", "Lovin Man", "Headless Heroes", "Freedom Death Dance", and "Supermarket Blues".  © 1996-2021, Dusty Groove, Inc.

Intimate Connection (red vinyl pressing)
Atlantic/Real Gone, 1984. New Copy (reissue)
LP...$9.99 24.99
Tight 80s soul from Kleeer – one of the group's standout classics, and a set that's produced with kind of a jazzy finish by Deodato, who also plays some nice keyboards on the record! The Kleeer sound is at its height here – tight, warm, and filled with great harmonies on the vocals ... LP, Vinyl record album