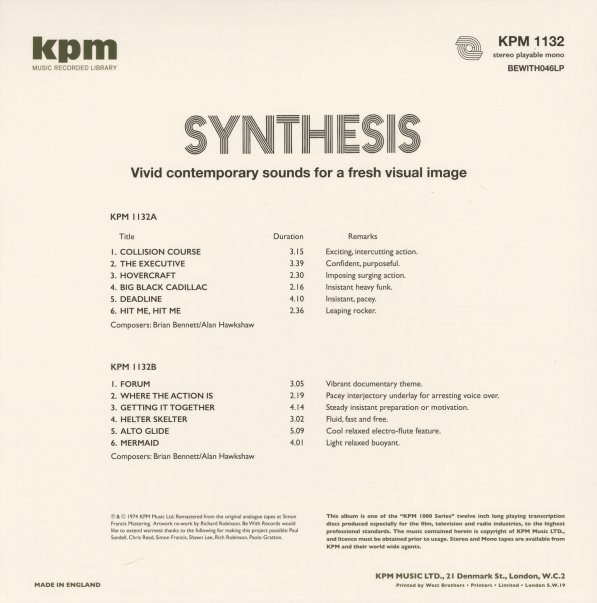 Very groovy work from these two Brit sound library greats – loads of funky tunes, and great keyboards too – all served up in a massively funky record that was never issued to the public at large! Had this set hit the real record racks in 1974, it might well have challenged some of the greatest material from George Duke or Herbie Hancock – as the tunes are mostly funky, and feature lots of wonderful work on a wide variety of keyboards – sometimes getting all cool and wigged-out, even when the grooves are upbeat – a bit like Herbie in his Sextant years! Titles include "Hit Me Hit Me", "Big Black Cadillac", "Collision Course", "The Executive", "Hovercraft", "Mermaid", "Auto Glide", "Where The Action Is", and "Getting It Together".  © 1996-2021, Dusty Groove, Inc.