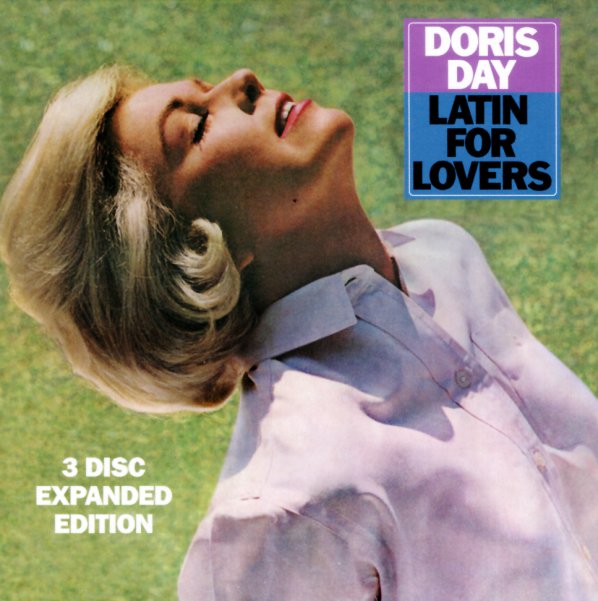 An expanded 3CD version of Latin For Lovers – one of the best moments from the 60s career of Doris Day – a set that's more bossa than the Latin promised in the title – but in the best way possible! Mort Garson provides the backings, and the tunes have this dreamy, jazzy approach that's quite a change from some of the usual arrangements used for Doris Day – which creates this great space for the singer to slide gently into the tunes – never in a way that's trying to copy Brazilian bossa modes, but which also lets Doris show off some of her more melancholy modes too. Titles include "Be Mine Tonight", "Por Favor", "Dansero", "Meditation", "Fly Me To The Moon", "Quiet Nights Of Quiet Stars", and "Our Day Will Come". CD1 features the album in stereo, CD2 features the album in mono, and CD3 features "Other Latin Directions" – 18 tracks from mid 60s singles that include "There They Are", "Every Now & Then", "Caprice", "Glass Bottom Boat", "Catch The Bouquet", "Rainbow's End", "Do Not Disturb", "Possess Me", "Everybody Loves A Lover (alt version)", and "Enjoy Yourself – It's Later Than You Think".  © 1996-2022, Dusty Groove, Inc.