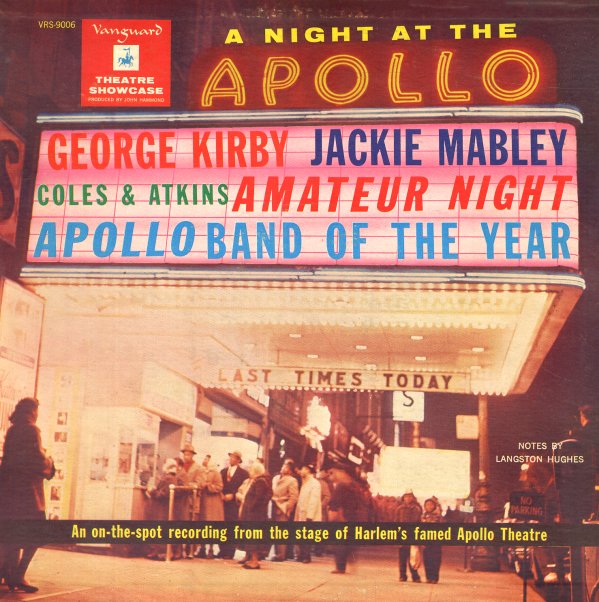 Night At The Apollo

Features tracks by Apollo Band Of The Year, Coles & Atkins, George Kirby, The Keynoters and Moms Mabley!  © 1996-2022, Dusty Groove, Inc.
(Cover has light wear and a small split in the top seam.)