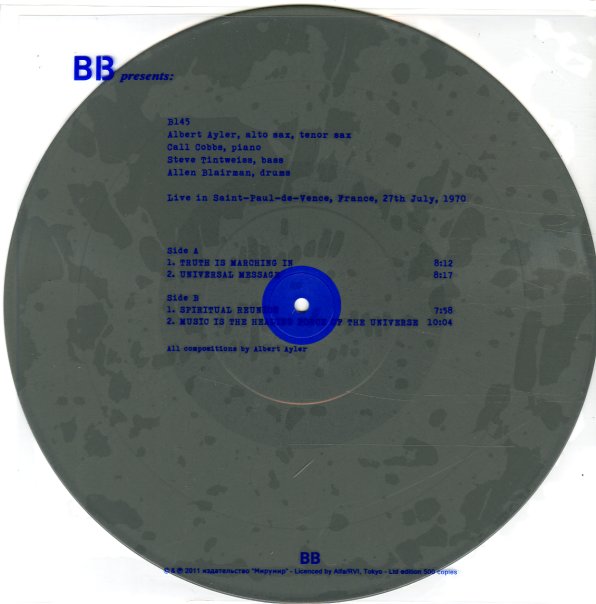 Fantastic late work from Ayler! The record is one of the last he ever recorded – and it's a no-nonsense live set, without any of the silly influences of some of his late Impulse sides. Most of the material features Ayler blowing long free solos, with a tightness and directness missing from mid 60s sessions. Cal Cobbs is on piano, Steve Tintweiss is on bass, and Allen Blairman is on drums. Titles include a very soulful version of "Music Is The Healing Force Of The Universe" – plus "Truth Is Marching", "Universal Message", and "Spiritual Reunion".  © 1996-2023, Dusty Groove, Inc.

First Time We Met
Wand, 1972. Sealed
LP...$8.99
Probably the biggest album by this Chicago soul group, and the one that yielded up their big hit "The First Time We Met". The set's got some excellent Chicago arrangements by Tom Tom, and a good bunch of tracks that includes all original material, like "Here I Am", "Just ... LP, Vinyl record album